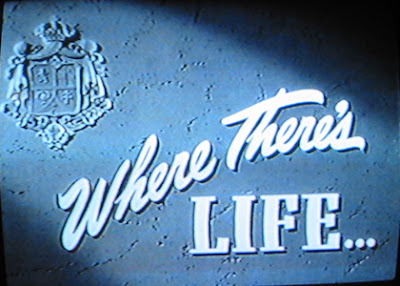 Where There’s Life (Paramount, Sidney Lanfield) starts off much like an Eric Ambler novel: in a fictionalized Eastern European nation of Barovia, a shady terror organization called Mordea assassinates the king just before the installation of a constitutional monarchy; circumstances bring an unwitting American into the thick of the political unrest. Only this American is played by Bob Hope, and the film is a spoof of the spy film and of dramas like Hangmen Also Die.

Beyond Hope’s comedic style, which can be a historical relic and a matter of taste, the film is strongest in its pithy visual gags and fanciful compositions. 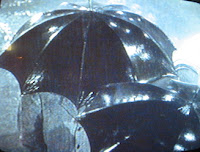 Perhaps most dated is the intense repetition of jokes barely sublimating male desire. One thing that gets overlooked in popular memory of the period is the two sides of sexuality postwar comedy; certainly the repression of overt sexual references was required by the Code and the cultural groups it represented, but alongside the wholesome reputation of Hope’s humor was a lasciviousness and knowingness about sexuality. 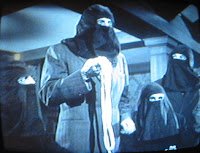 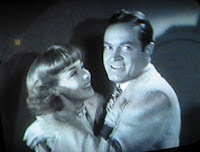 A couple of interesting moments include a dig at the Dixiecrats (when Hope sees a cloaked Mordean holding a noose, he sighs, “Democrats!”) and a moment of direct address to the spectator (“You’ve done enough looking already”). I know that comedy has allowed the breakdown of the fourth wall even in the classical days. I wonder, though, when this convention first started or spread in popularity.

Oh, and not surprisingly, there’s a plug for another Paramount picture. 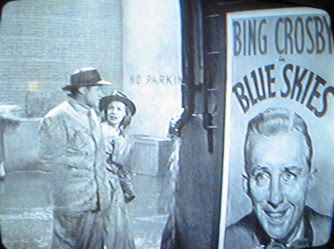