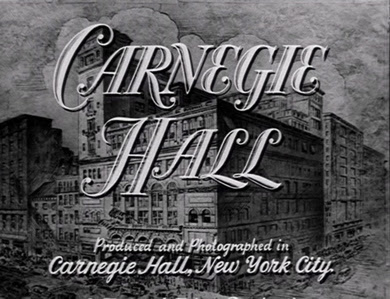 I didn’t realize it possible to have a noir-musical hybrid, but Carnegie Hall (Federal Films/UA, Edgar Ulmer) is such a creature. Well, it’s not a musical as many would apprehend the term, but it takes many of the conventions of the musical melodrama (the Kitty Foyle films or The Jazz Singer/Jolson Story) for a frame narrative centered around classical music performances in Carnegie Hall. Furthermore, Carnegie Hall is not a noir film, but Ulmer’s German Expressionism drives a remarkable number of the stylistic choices, from the use of shadow and extreme deep space 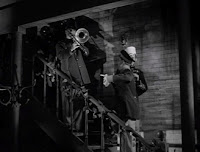 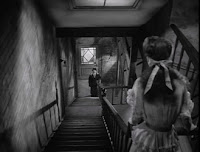 to the angled set models of transitional establishing shots 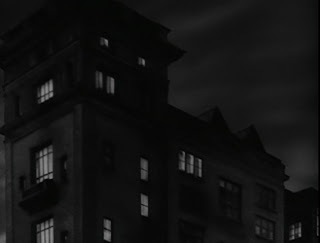 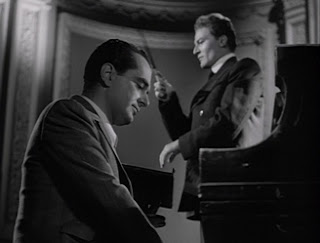 Carnegie Hall may not have the long take emphasis on actual recorded music that Chronicles of Anna Magdalene Bach has, but it is surprisingly similar in its stop-start narrative structure, as the frame story develops, then pauses for the performance of the well-known musicians. Unlike the musical, Carnegie Hall provides the performance numbers only the barest of narrative value, usually through an occasional reaction shot.

The frame narrative ventures from the sentimental to the perversely psychodramatic. I know Mulvey’s essay gets a lot of shrugs and objections these days, but if you want a clearer illustration of von Sternbergian spectacle outside of von Sternberg, the complete breakdown of narrative space to foster the spectacle of the actress is a good start. 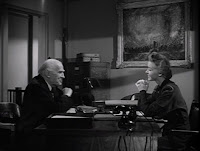 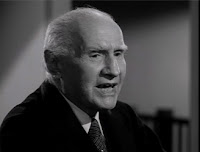 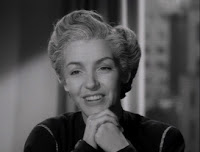 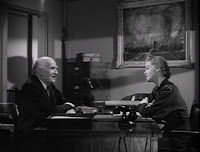 The result of this style and structure is a strange amalgam of prestige film and Poverty Row. To that end, I found this title from the trailer prescient: 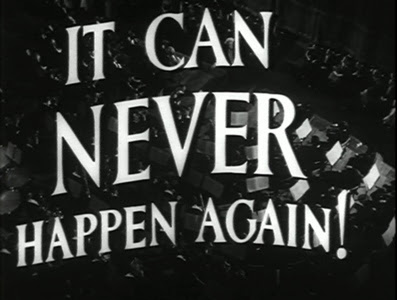 shahn said…
wow, this looks great! i'm renting this for certain. thanks for sharing this.
6:21 PM