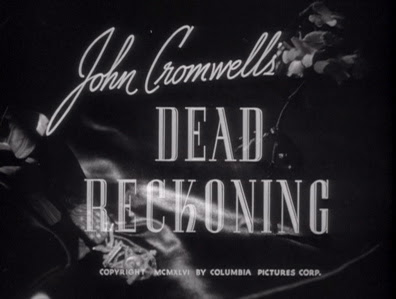 Dead Reckoning (Columbia, John Cromwell) could serve as an ideal type for the 40s A-film noir: flashback frame story with voiceover narration; an average guy thrust into circumstances pushing him into the role of investigating a murder; a femme fatale around whose unreadability much of the plot twists turn; and a visual style . The average guy here is Rip Murdoch (Humphry Bogart) and the fatale is played by Lizabeth Scott, doing an impression halfway between Veronica Lake and Lauren Bacall. 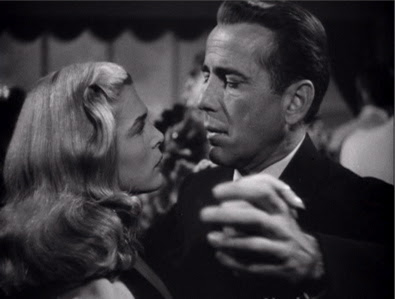 The cinematography adopts many of the same noir tics, usually with striking effect. The hard edges of fast film stock give way to more standard softer style in the flashback. There is a prevalence of underlighting the scene, without key or fill light. 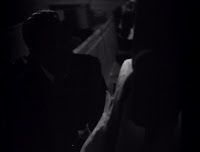 Or in drowning the subject in too much fill. 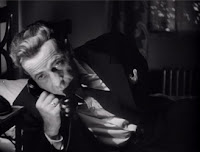 What distinguishes Dead Reckoning from other noirs is its returning veteran subplot. It allows the film to comment slyly on the difficulty of the workforce; Dead Reckoning, that is, uses low-genre means to the same high-genre message of Best Years of Our Lives. Moreover, it lends an extended metaphor to the psychological state of the hunted and the inadvertently criminal. Whether this metaphor works is the matter of opinion (the Time Out guide thinks not), but at the very least, it’s the occasion of some interesting juxtaposition of war film footage with the crime drama narrative, as in this dissolve-heavy montage sequence of Bogart getting sapped. 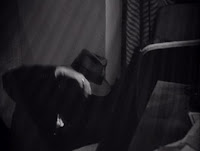 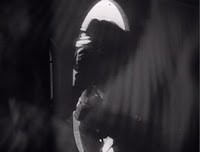 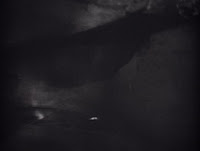 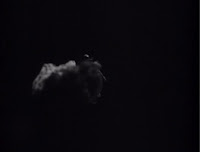 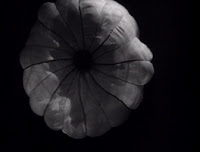 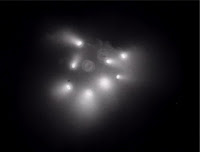 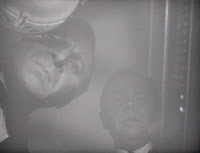 In other areas, too, subjective camera gains an intensity not often seen, even in other noirs. I like car crash scene myself. 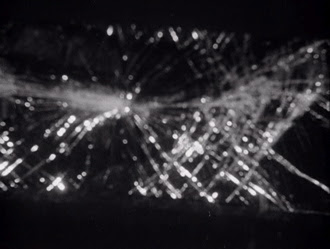