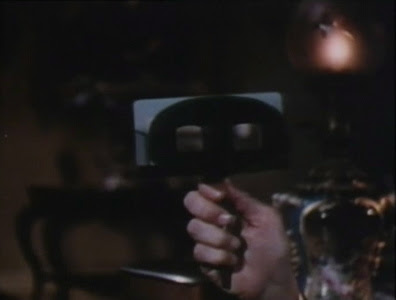 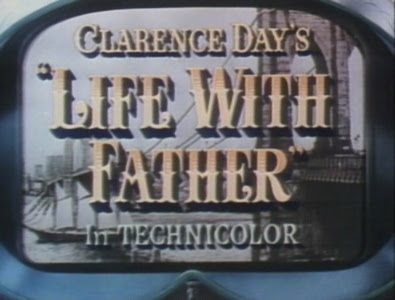 The notion of “timelessness” is a vexed enough notion, and one that I don’t imagine a lot of film scholars are invested in. I’m not sure how generic preferences over impact popular understandings of timelessness, but the sentimental drama has to rank up at the top of forgotten (forgettable?) genres. Life with Father (WB, Michael Curtiz) seems especially instructive, coming from the same studio and director as the “timeless” Casablanca. Only this tale of a bourgeois family in the 1880s growing up under the stern patriarch is the kind of drama that does not translate well to a period with different family dynamics and different nostalgias. In fact, the historical difference between 1947 and the setting of this film is pretty much the same as between 1947 and today.

It’s not as if Curtiz’s stylistic touch isn’t in evidence here. An understated camera style and blocking punctuate much of the drama. For instance, the framing here uses negative space to anticipate and balance the maid’s entrance. 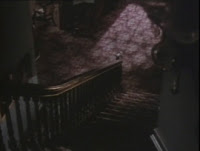 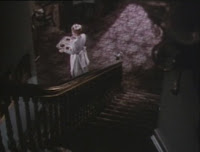 Or take this simple shot of the wife’s entrance, which tilts up and tracks back to show Kitty’s entrance in the mirror, then back tracks in. 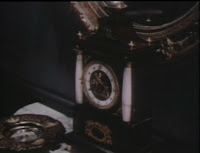 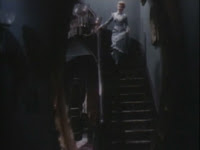 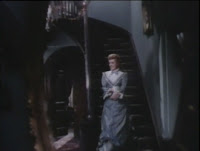 It’s a simple and redundant move, but one which adds texture to what would otherwise be a stagy theatre adaptation. Indeed, the film makes the most use of the interior sets, with much of the drama taking place in parlor rooms, libraries, or dining rooms. 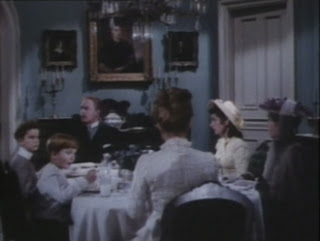 Even this exterior establishing shot uses a window reflection to minimize the set requirement. 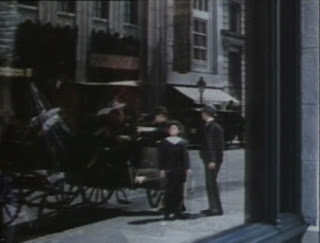 Life with Father (WB, Michael Curtiz) is perhaps best known today as an early appearance of Elizabeth Taylor, but it’s William Powell’s star image that negotiates the complicated paternal figure who’s usually wrong but ultimately right. As for the paternalism underpinning the genre, the conventions to my eye seem to revolve around three ingredients: 1) a father who’s sure of his 2) a woman who actually gets the upperhand not by directly challenging the patriarch’s decisions but by deflecting and subverting them through wile and charm; 3) a teenager who is trying to negotiate between fact and norm in that battle of the sexes called Love.

As for #3, chalk it up to the times, to the Breen Office, or to a more specific ideology, but Life With Father – and this perhaps speaks to a general trend in the sentimental drama – imagines adolescence as an extended childhood. The film requires a suspension of disbelief that a young man heading off to Yale in the Fall finds girls icky until he’s swept off his feet by Elizabeth Taylor. And that his father is surprised that his son is attracted to a woman. 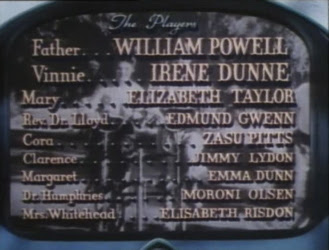 On a more tangential note, the film’s credits are a good illustration of relative size of star billing. Certain stars stipulated in their contracts that billing must be of a designated relative size to other stars’ billing (25, 15, or 10 percent larger are common in this time). I can’t state this with full surety, but it’s my impression that this variable billing in the final credits emerges much more in the 40s as stars gain more negotiating power.

FYI, the muddied Technicolor is not from the original film but from the public domain-quality DVD transfer.
Labels: 1947 project feminist criticism film style