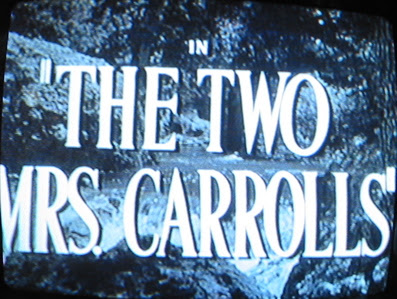 One of the regrettable results of the omnivorous nature of “film noir” as a category is that it tends to paper over the woman’s gothic picture, which offers its own generic pleasures and iconography.

The Two Mrs. Carrolls (Warner Brothers, Peter Godfrey) has all the requisite elements: the English aristocratic milieu, a demented painting... 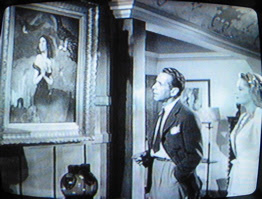 the precocious and creepy child... 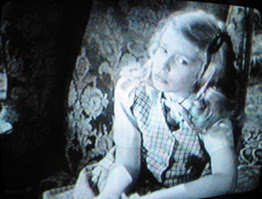 and the warm milk. 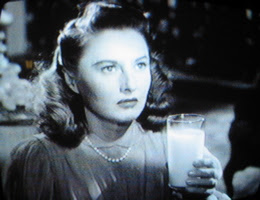 And you can guess what happened to the first Mrs. Carroll. Where the film differs from more prominent examples in the genre (Rebecca, Secret Behind the Door, or The Spiral Staircase) is its relatively high-key style and its relative lack of emphasis on the subjectivity of the woman (Barbara Stanwyck). Bogart’s characterization is particularly interesting, since the film pushes the bad guy-good guy persona further into the sinister; all the same the film twists the gothic’s intimations of hysteria into the man’s descent into mental breakdown.

Stylistically there are some noteworthy flourishes, including remarkable use of voiceover for internal thoughts and an unusual circular pan in the climactic scene.
Labels: 1947 project feminist criticism

als said…
It has been a long time since I've read a movie review (or any variation thereof) that excited me as much as this.
4:31 PM