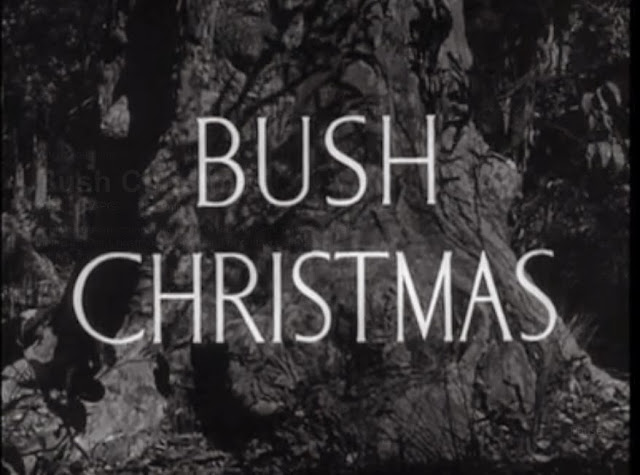 From its title and genre (children's movie), I had assumed that Bush Christmas (Ralph Smart, Smart Productions-Rank-Universal) would be a sentimental holiday movie, and it's true that it's set during the Christmas holidays in Australia. But Christmas figures only marginally in the narrative, partly as a self-consciously local color element in what is ultimately an Australian film geared toward Northern Hemisphere Anglophone audiences.

I do not know much about the history of Australian cinema, at least before the 1970s new wave, so I don't know how this compares to other films made in the country. I can gather that the western had long held a role in the national cinema (c.f. Peter Limbrick, “The Australian Western, or, a Settler Colonial Cinema par excellence” Cinema Journal 46.4), and it's worth thinking about the ways Bush Christmas both conforms to the US genre of the western and ways it's distinctive.

By US genre, I'm referring more to the B western rather than the John Ford-style A western. That is, a melodrama (in the turn-of-the-century sense) between law-abiding property owners on the frontier and a crime racket. In this formula, romance and/or family is played up and thematics of civilizaton v. outlaw freedom are played down or nonexistent. I've come across a few examples already in my 1947 viewing. 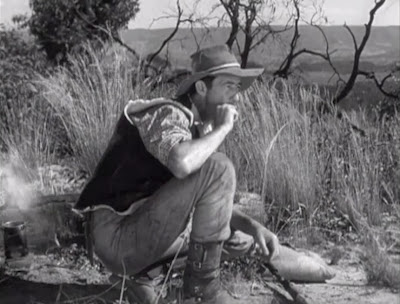 Bush Christmas follows a conflict between horse thieves and a middle-class rancher family they've stolen from. But along with the Western/melodrama narrative, the film overlays a children's story narrative. I can't recall reading much about the children's film as a genre, but one staple seems to be a dual misunderstanding: children fail to follow the Law of the parents, but parents fail to understand the emotional fragility of children. In this case, this dual misunderstanding leads the group of children to go into the wild and search for the horse thieves. Throughout, too, animals serve not as a threat but as a double for their rightness and innocence. 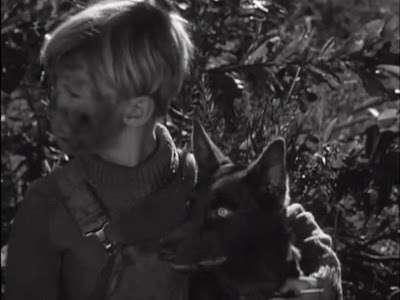 Like other Westerns, Bush Christmas prominently features dramatic landscape cinematography, generally of the sort that iconographically stands in for the Australian bush. I would be curious to know how films not geared toward an export market would figure the landscape, differently or not. 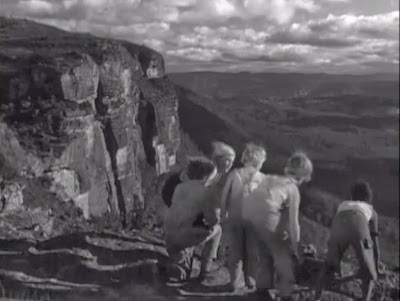