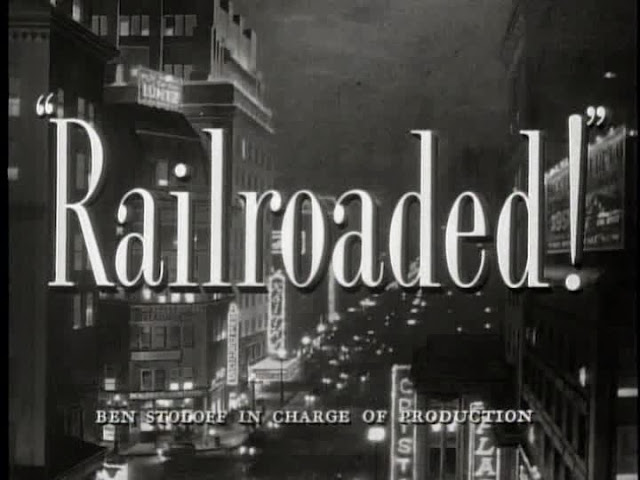 Like many Poverty Row crime/noir films, Railroaded! (Anthony Mann, PRC/Eagle-Lion) is not built around a mystery and detection thriller narrative but a modified police procedural. At the very least, the title sets us up for a presumed-guilty narrative. In this case, a young middle-class-acting truck driver gets framed by two men pulling off a gambling joint heist. Hugh Beaumont plays the detective in love with the framed man's sister and ultimately convinced there's more to the story than the obvious.

"I'm not trying to eager-beaver someone into the gas chamber," the police chief says. "I'm interested in making someone pay for O'Hara's murder, but it's got to be the guilty party." I've seen a lot of ink spilled lamenting that film scholars spent too much energy on deconstructive or category-E readings that do not speak to how ordinary filmgoers would understand movies. But here's an instance in which the official message of the dialogue cannot be taken at face value. By denying that the police are more interested in prosecution than guilt, the film raises the possibility that they would be. Particularly because the screenplay offers, by accident and design I surmise, no other plausible explanation for their gullibility.

This is why films like Railroaded have fared well in the film historical canon, a testiment to low-noir's social criticism. And then there's the low-high mix, with the low production values of Poverty Row sets... 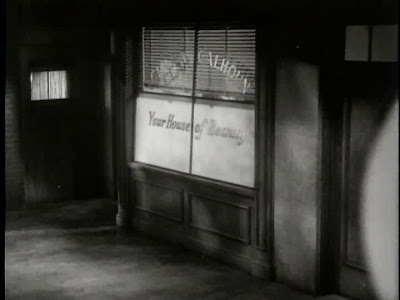 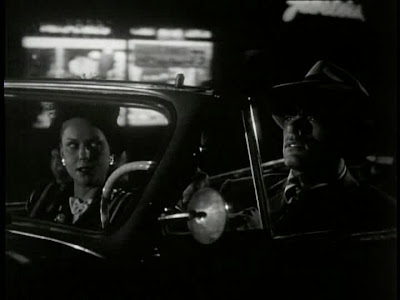 ... as well as key noir/crime genre elements like the high class gambling hall with the rich yet shady owner. 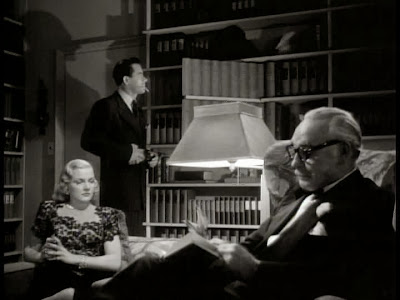 All of this next to Anthony Mann's baroque direction, full of chiaroscuro lighting. (This is before his collaboration with John Alton, which makes me wonder if Alton's stylistic genesis is autochthonous as sometimes is presented). 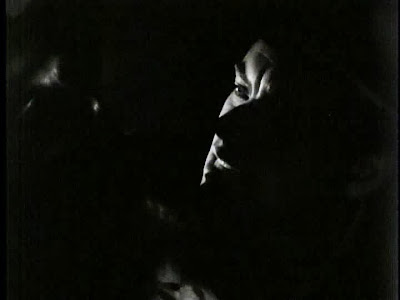 The film also has less flashy, well-composed scenes that show the kind of careful blocking and composition David Bordwell is always signaling out as a defining quality in Classical Hollywood. For instance, this shot repurposes the foreground to maintain a balanced composition with secondary characters, rather than cut to a different shot. 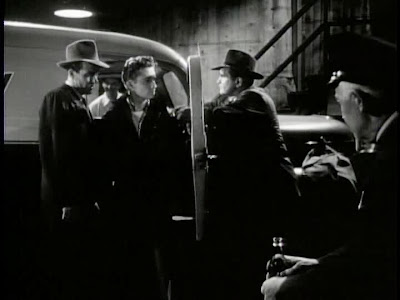 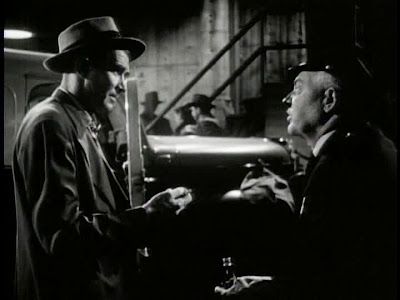 Finally, even if this is a quintessentially "low" noir, there are elements common to more establishment crime films at Fox, like the fetishization of forensics technology. 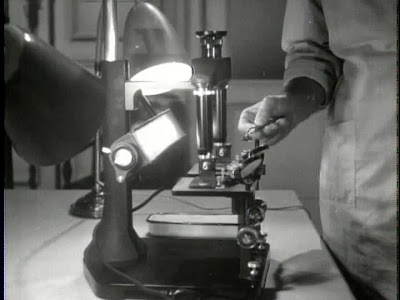 Ultimately, my emphasis as a scholar has been to argue that there so many things interesting about late 40s Hollywood beyond film noir, but that's not to deny that films like Railroaded are historically fascinating and aesthetically rich works. Self-Styled Siren has recently made a list of classical Hollywood films that can appeal to a general public, and while as a scholar I'm looking for new narratives and new ways to appreciate an overly familiar period, it's healthy for me to step back and remember that some films are justifiably accessible to a more modern aesthetic.
Labels: 1947 project