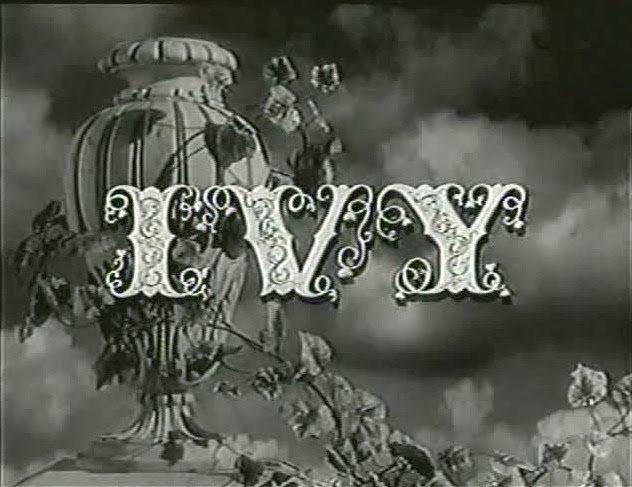 I've been eager to see Ivy (Sam Wood, Universal/Interwood Productions) ever since reading Self-Styled Siren's appreciative review of the film. I agree with the Siren that it's a terrific gothic film and Fontaine star vehicle, and she highlights a lot of the stylistic flourishes that caught me eye as well. But I'd like to focus on some on a couple other stylistic dimensions to the film.

First, I can't complain to be an expert on Sam Wood's output but some critics do discuss him as a kind of non-auteur, a director associated with some big-name and at times successful projects but without an organizing artistic personality. Todd Rainsberger for instance argues, somewhat plausibly, that William Cameron Menzes and James Wong Howe provided the visual style of Kings Row. What's interesting is the Wood replicates much of Kings Row, with brightly exposed arc-light cinematography (thanks to Russell Metty), low angle shooting, and stylized outdoor sets. Menzies is in fact production designer here, as well. 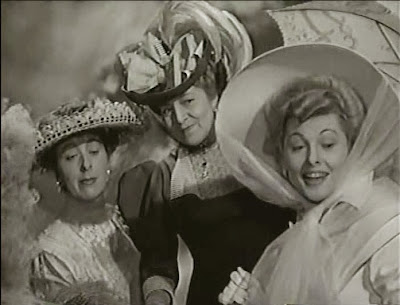 Of course the other referent is Hitchcock. The Siren draws a comparison between Ivy and Fontaine's performance in Suspicion. More broadly, I'm interested in the way that the direction uses the gothic as an occasion to play with narration and highlight character subjectivity. For instance, the music swells in one scene to suggest Ivy's state of mind, in the manner of Hangover Square's score.

But it's worth pointing out that if Hitchcock is a key influence here, the narration is not strictly subjectivist, filtered through Ivy's point of view. Rather, the film straddles the subjectivist and objectivist strains in 1940s cinema.  A key example is the scene in which Ivy encounters the poison. The editing at first is pure Hitchcock, with a montage of ever tightening shots of poison and Ivy's reaction... 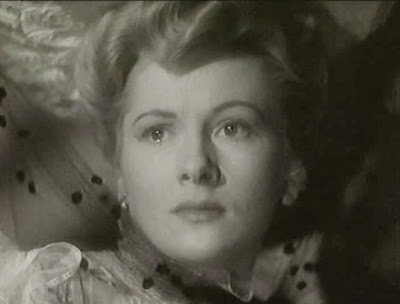 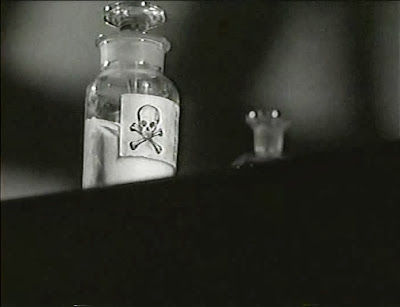 ... before returning to a long shot of both Ivy and the poision (just like the example in Bazin's "Limitations of Montage" essay). 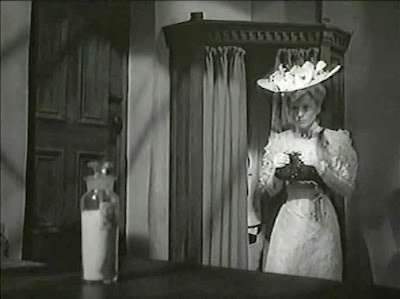 Here the subjectivist montage takes on an objectivist tone, whereby the spectator is denied Ivy's subjectivity just as the lighting performs a highly stylized and subjectivist shift. 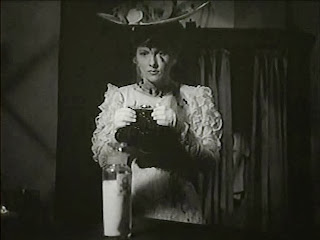 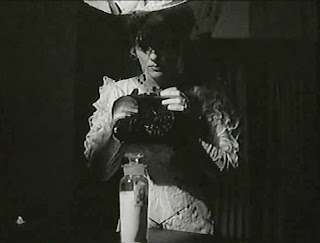 .... before returning back to the "objective" lighting. 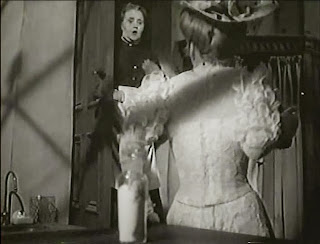 It's quite a remarkable shot in that it both suggests Ivy's psychological state without actually providing the spectator the key information she/he really wants to know: is Ivy really considering poisoning her husband or is she just being driven by a primal emotion that she her self is not fully aware of? This narrational ambiguity is key to the film's portrayal of a protagonist who is guilty but the nature of whose guilt is open to some interpretation.

As such, Ivy is the kind of film that complicates our understanding of melodrama as a genre. Like other melodramas it presents a character caught in a rigid moral universe that leads to her downfall. Yet the film has a moral complexity that is on the surface - more akin to the prestige drama than the melodrama per se. (Or, perhaps better to say, the relation between the prestige drama and melodrama needs reexamining.)  Similarly, the film has some attributes that canonically have been understood as melodramatic (the acting style, the love triangle, the scoring) while the film formally does not fit neatly in that category (too gothic, not cathartic enough).
Labels: 1947 project melodrama