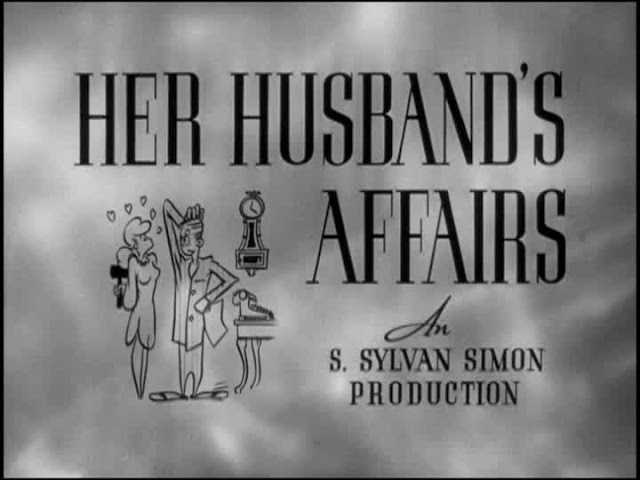 Her Husband's Affairs (Columbia, S. Sylvan Simon) will seem notable to most viewers as a Lucille Ball comedy just a half decade before I Love Lucy made Ball the classical Hollywood star who had best navigated the move from film to television. There are significant differences between Ball's character here and her TV persona, but key elements are already in place: the madcap narrative, the husband-wife tension, and Ball's wide-eyed performance as a smart-but-naïve character. 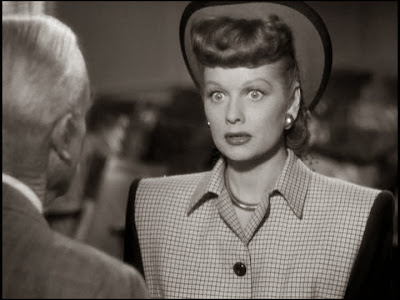 Much as Ricky and Lucy's relationship figured the ideal of 1950s domesticity (and showed undercurrents of discontent), Her Husband's Affairs deal with the marital tension between a patriarchal yet ineffectual ad man/inventor husband and Ball's supportive but not-too-housewifey character. In this, it was part of a broader late 40s trend of films depicting challenges in marriage.  While the trajectory is similar to the divorce-and-reconciliation screwballs, the tone is decidedly different; problems seem more pressing here. 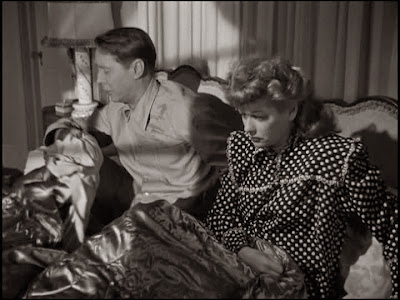 Which brings me to an ongoing point: histories of Hollywood romantic comedy act as if nothing exists between the heyday of 30s screwball and 50s sex comedies, other than the auteur vision of Preston Sturges. But 1940s comedy both continued and adapted the 30s screwball formula.
On one hand, Her Husband's Affairs has elements of the screwball, from the overlapping telephone dialogue or courtroom showdown to the Lubitsch-like opening done entirely with visuals. 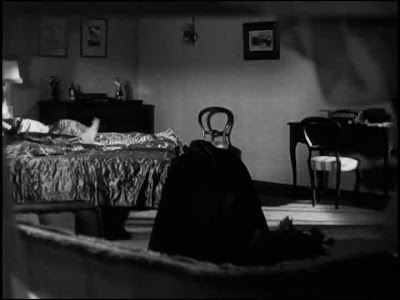 On the other hand, the film's satire of the ad man and advertising practice goes beyond the 30s equivalent, and is comparable to films like The Hucksters. Similarly, the film sends up postwar industrial science and the culture of invention. 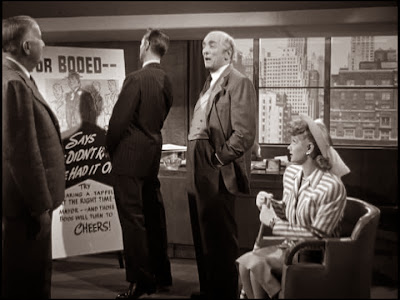 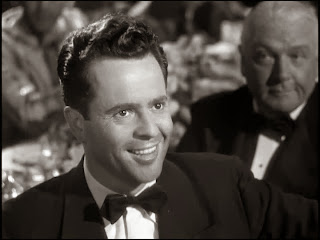 Seconds, there's a nifty optical printer transition from the courtroom to the newspaper. I'm not sure when or how often this effect was used in other films, but it struck me as novel. 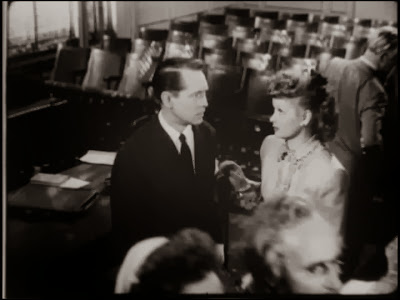 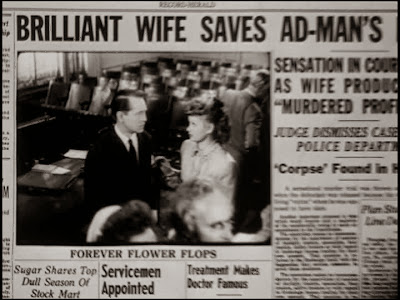