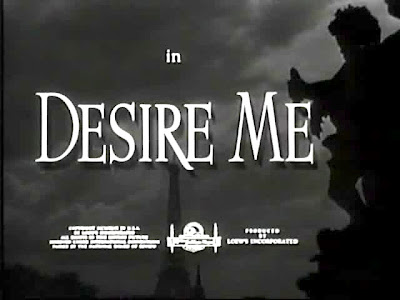 Desire Me (MGM, George Cukor) exhibits many of the trends of the postwar cinema, with a complicated flashback structure, in which Greer Garson's character Marise, tells the story of waiting for her husband Paul (Robert Mitchum) to return from war only to hear of his death from a war compatriot, Jean, who tries to woo Marise in her loneliness. It's an unusual love triangle in which tense and geography separate Paul and Marise for much of the film. Within Marise's flashback, there are objective scenes that Marise did not witness as well as subjective flashbacks from both Marise and Jean. There are also a couple of points of subjunctive voiceover, in which the image does not serve as the past of the voice but rather as the enactment of it.
Where a film like The Unfaithful makes explicit the soldier's wife's adultery as part of a larger issue of wartime dislocation and postwar readjustment, Desire Me does so implicitly, often through the visual look of the film, which oscillates between I Know Where I'm Going-like invocations of Brittany... 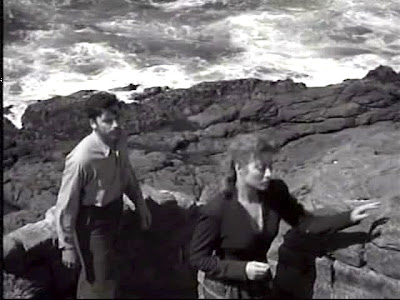 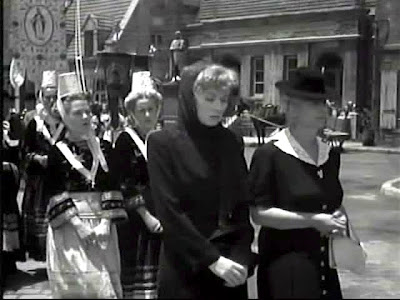 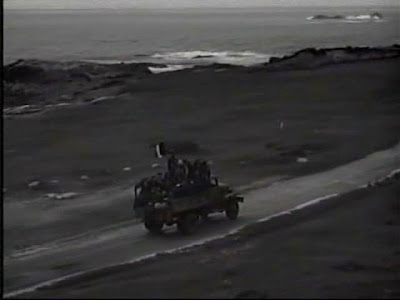 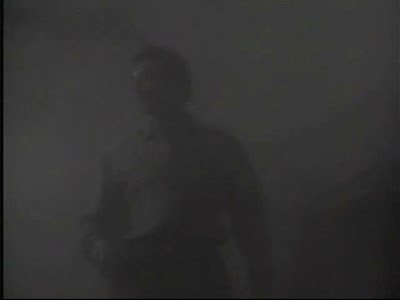 and finally a stylized low-key "action" style - see for instance a scene between Paul and Jean which avoids usual coverage and cross cutting in favor of complementary and oblique framing. 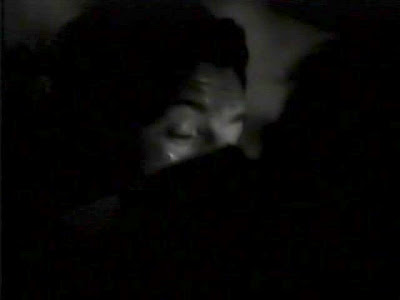 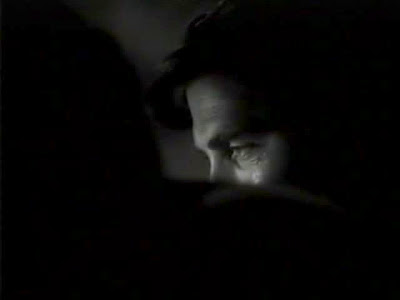 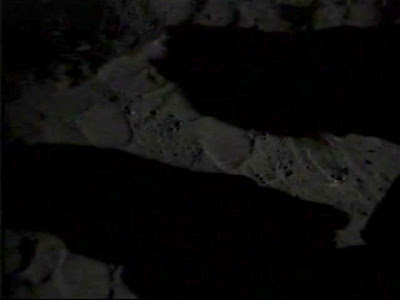 I'm not sure if this is Joseph Ruttenberg trademark style, but it's notable in a Cukor romantic drama.
The shift in visual style as well as the flashback structure and the star images of Garson and Mitchum (an unlikely pair) serve to invoke and contain wartime dislocation. Moreover, I'd read this film as yet another attempt at MGM invoking topical and "modern" sensibility within the constraints of studio house style and genre preference.
Labels: 1947 project house style