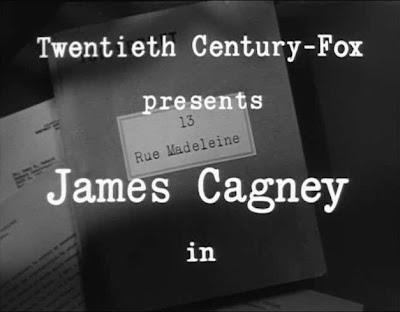 I had mentioned 13 Rue Madeleine (20th-Fox, Henry Hathaway) as part of a semi-documentary trilogy that Fox made in the postwar years. Actually, I tend to prefer the term pseudodocumentary for a general fictional style that mimics documentary, but contemporary usage (producers and critics) referred to these films as "semi-documentaries." 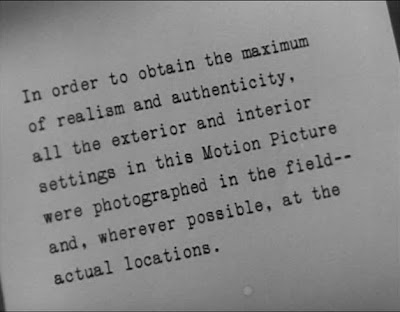 Fox and other studios made films in this vein beyond these 13 Rue Madeleine, Call Northside 777, and House on 92nd Street, but these three adhere to a strict formula:
1) a focus on government institutions, in this case Army Intelligence. Along with this comes the foregrounding of governmental buildings and the mise-en-scene of bureaucracy. 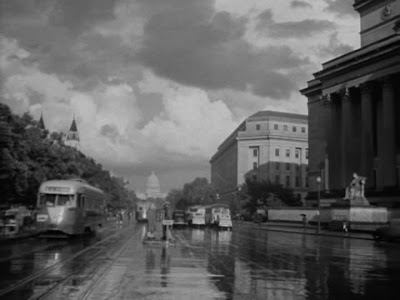 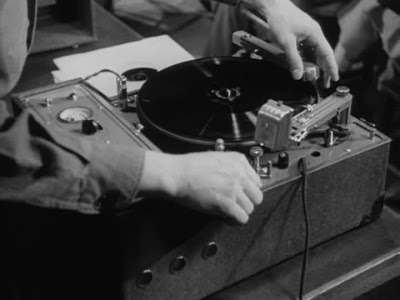 3) use of a variety of actuality footage, whether documentary in nature, from newsreels, or simulated in 16mm filmmaking. 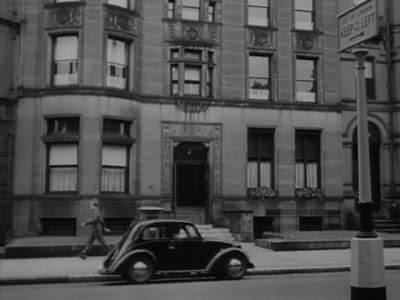 4) Narratives of espionage and/or detection alternated with footage organized according to intellectual-rational logic.
Jesse Lerner remarks of the semi-documentary that it "saved studios money by beefing up low-cost narratives shot on a studio sound stage (mostly typically noirs or tabloid crime dramas) with stock B-roll filmed on location and an authoritative, documentary-style voice-over." (F is for Phony 19). I can see where Lerner is coming from, since these films initially seem cheap and stilted and the realism-on-the-sleeve ham-handed. But I think he underestimates how the addition of "newsreel" impacts both filmmaking style and narration.
First, the indoor shooting (potentially sound stage, but likely location) uses drastically different lighting style and sound design. These involve fewer attempts to dispel background shadow (generally a sign of having to light in a room with a ceiling) 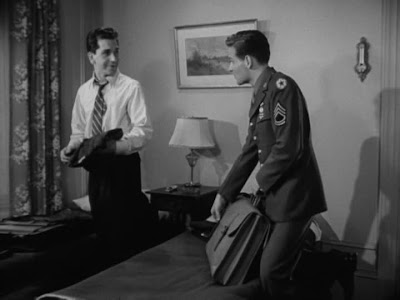 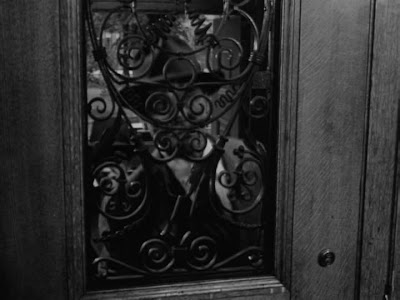 Second, at least in 13 Rue Madeleine, the film goes out of the way to flaunt its location shooting, showing James Cagney in Le Havre or in a real car. 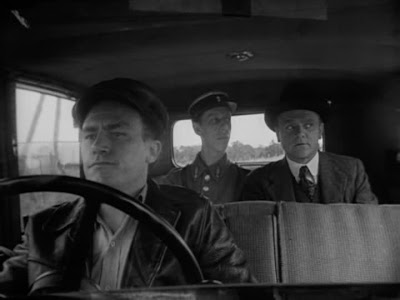 Third, the narrative structure departs from the usual cause-effect chain of a fictional narrative. Much of the screen time is devoted to montages of agent training and much of the film's narrative moves only through the information provided in the voiceover. Most striking of all, the ending is abrupt and departs from the typical climax-denoument structure.
In all, I see a real attempt to adapt to new cinematic vocabularies and to do so with an experimental élan.
Labels: 1947 project fake documentary