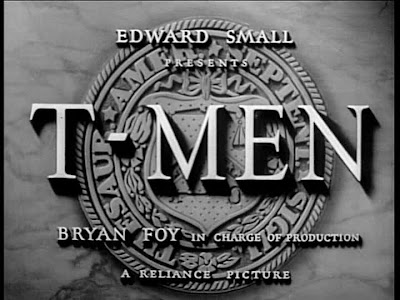 At the end of his supremely useful book, Hollywood Lighting, Patrick Keating uses T-Men (Eagle-Lion, Anthony Mann) as an example of "classicism at the margin" or, as I would phrase it, the peripeteia for the shift from a classical style to post-classical ones. Cinematographer John Alton is famous for extreme low-light and low-key setups and slightly off-kilter compositions. It's tough to approach T-Men without considering first as an Alton opus, one which helped define the ideal type of film noir's visual look. 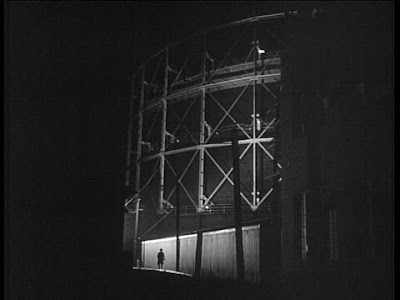 The elements are all here: the inky blacks, the use of existing light sources, the transformation of locations, and the keeping of characters in the dark. Alton also foregrounds what the exaggerated style and technological changes allow that previously was not possible: 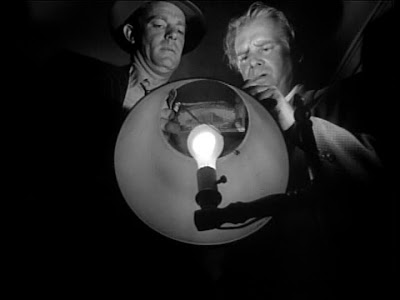 Equally interesting, however, are the less flashy choices, like the contrast in exposure of foreground and background subjects. 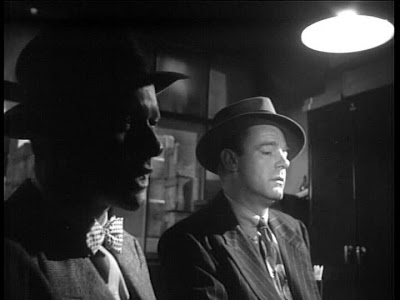 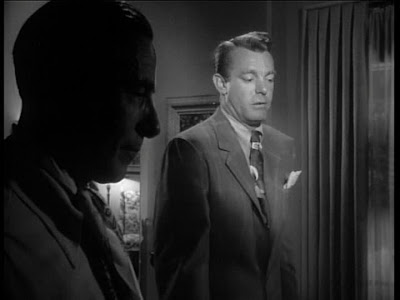 The visual choices mark a departure from the generic material, which adheres slavishly to the pseudo-documentary formula that Fox developed with the Henry Hathaway institution trilogy (House on 92nd Street, 13 Rue Madeleine, and Call Northside 777). There is the Reed Hadley-esque voiceover narration (with excessively expository copy written for it). The opening pan shot in demonstrative manner. 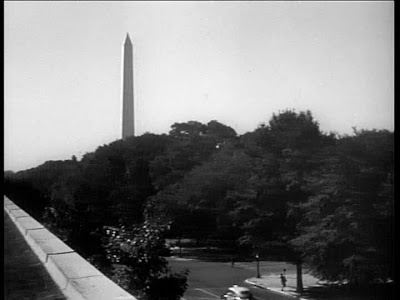 And the mise-en-scene of technology and bureaucracy framing the police procedural narrative. 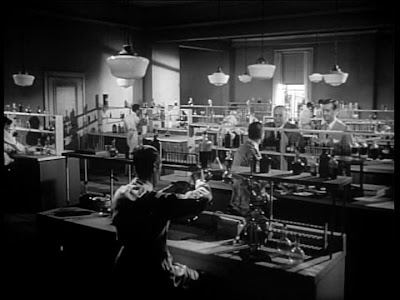 But where Hathaway's DP, Norbert Brodine developed a look that at times mimicked newsreel and 16mm film and at other instances drew inspiration from them for a new realist style. Alton's work, however, operates with a looser and more expressionistic conception of "realism."
There is a case that the semi-documentary style became transformed into a generalized realism, but here the narrative exhibits a schizophrenic relationship between the Fox/Hathaway template and the sadistic-experiential approach of the Marlowe-influenced detective noirs.
Labels: 1947 project fake documentary