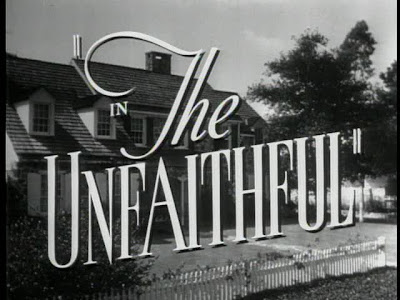 I often get asked in regard to my 1947 project: why that year in particular?

I have a few answers. There is the initial reason I picked it, as a barometer for the industry the year some major social problem films were released. And there's a sense of constructing the typical but resisting the canonical (1947 sees few canonical films). But the answer that I've developed after starting the project is that 1947 seems a pivotal year in the transition from the wartime (and the New Deal) to postwar life.

It's not just me. The films themselves seem self-conscious about the transition. None more than The Unfaithful (Vincent Sherman, WB), a noirish story about a murder whose initial appearance of self-defense by a housewife is complicated by a past infidelity she had with the victim.

The film's opening begins with a shot of a Los Angeles house, which pans right to reveal the street in pseudodocumentary fashion, while a voice-of-god narration intones, "Our story takes place in Southern California. The problem with which it deals belongs not to any one single city, town, or country, but is of our times." 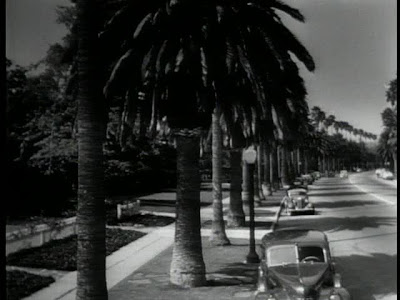 The narrative, it turns out, literalizes the "crime" of wartime infidelity in a trial not only about the murder charge but more broadly about the legacy of World War II. "Have we forgotten the war so quickly?" Chris Hunter's defense attorney asks the jury. The jury - and the spectators - are put in the position of how to balance looking backward to the war's experience and looking forward to the postwar future. 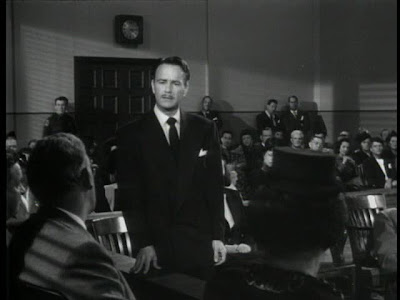 Stylistically, too, the film looks both forward and backward. The Warners' house style revels in cookie-heavy lighting and shimmering surface on minimal set design yet also follows the vogue for deep focus. 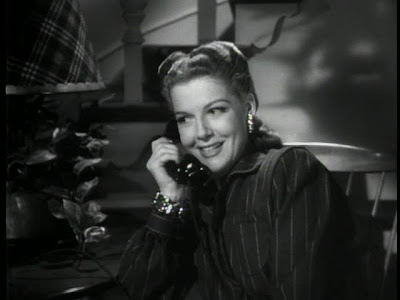 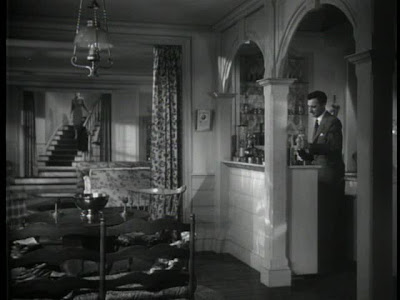 Location shooting has a pseudo-doc feel at times, a romanticization at other times. 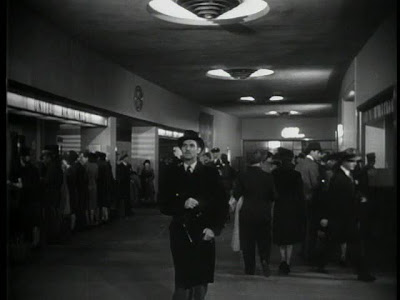 It's remarkable that a film so much a copy of the WB Mildred Pierce mold should evince its historical moment in such a distinctive way.
Labels: 1947 project fake documentary ideology