Lady in the Lake/Dark Passage 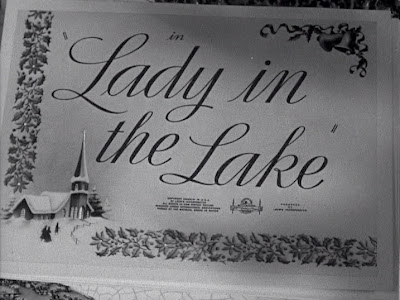 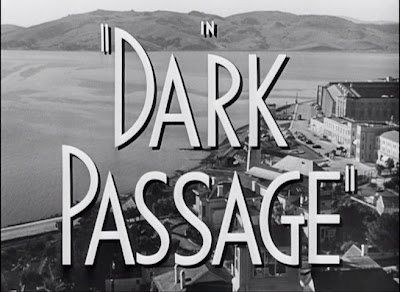 It's probably not a stretch to say that either because of Hitchcock or because of larger formal trends, subjective narration became more prominent in 1940s Hollywood. But two features in 1947 were extended experiments in subjective camera. The most infamous is Lady in the Lake (Robert Montgomery, MGM), which has the reputation of an exemplary failed experiment. For critics and scholars alike (and I'd recommend Pascal Bonitzer's essay "Partial Vision: Film and the Labyrinth - Wide Angle 4.4 for a theoretical reading of the film), Lady in the Lake exemplifies the inability to directly translate 1st person literary narration into 1st person cinematic narration.

An adaptation of Raymond Chandler's novel, it tries to create the book's 1st person literally. "We" see what Philip Marlowe sees. The narrative frame is shot with objective camera (albeit with a direct address and a 2nd person "you" in the dialogue). 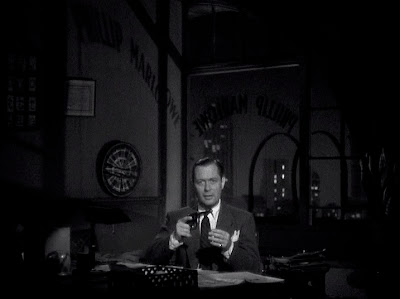 But the remainder of the film is entirely in subjective camera. 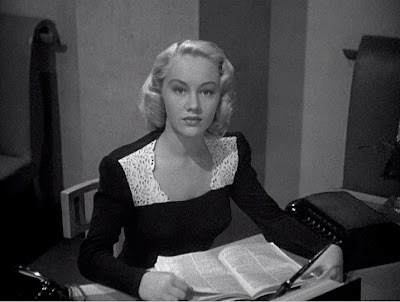 with occasional glimpses into a mirror or of Marlowe's body part (these of course are impossible spatially)... 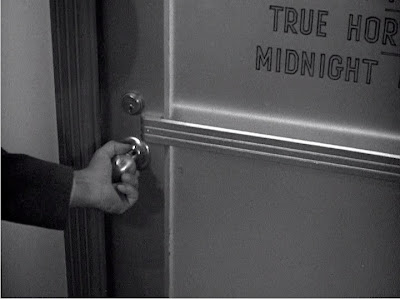 So much written about the film has emphasized the narration, though, so let me highlight a few other points.
First, the film reveals how near-sacrosanct the unity of time and place is in the classical Hollywood scene. The uninterrupted long take and the continual subjective camera draw attention to the ellipses between scenes.
Second, the genre is an odd accommodation of Chandler-noir to the MGM house style. Much of what be considered the awkwardness of subjective narration per se is in fact the mismatch between controlled dolly shots or pans and the subjective perception we might expect. (Handheld camera of course does not reproduce human vision, of course, but it may disguise the differences better.) The script, too, layers on Christmas references not in the novel (see the credit titles). I have not researched when this film was released, but it must have been either December 1946 or early 1947, since Montgomery soon left MGM to make Ride the Pink Horse for Universal. Likely, the genre reworking was a half-hearted attempt for seasonality. To be honest, I'm not sure how often studios tried to time film releases to seasons. (Of course, release dates were not simultaneous nationally then.)
Finally, some of the subjective camerawork is interesting, as when Marlowe gets slapped around or kneels down in the grass to hide. 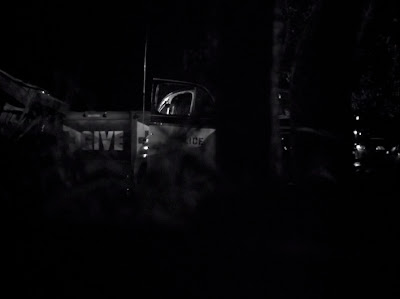 In general, though, Dark Passage (Delmer Daves, Warner Brothers) shows how much difference handheld cinematography makes for subjective narration. Here, the main goal is to hide Bogart's face until his plastic surgery. We never see the main character's face until then. Instead, the opening is a vertiginous combination of objective shots, subjective shots, and uncommunicative narration. 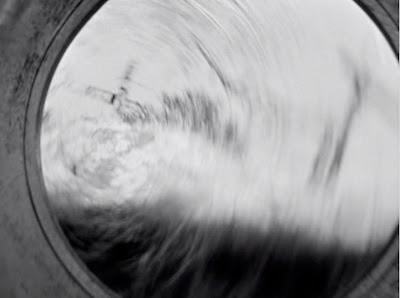 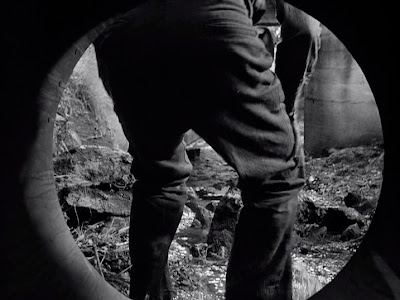 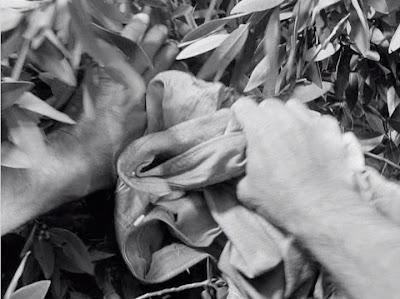 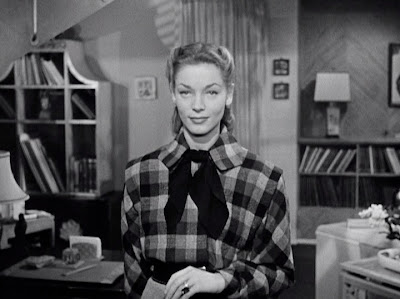 Dark Passage, therefore, gives the spectator the occasional objective view lacking in Lady in the Lake; after the turning point, the film switches to mostly objective narration.
Stylistically, the film straddles the surrealistic expressionism of other Warners' films, like Dead Reckoning.... 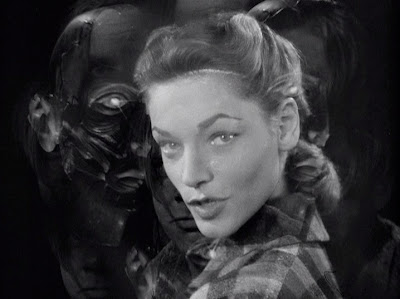 ... and the studio's forays into harsh, fast-film stock pseudodocumentary style, as in Possessed. 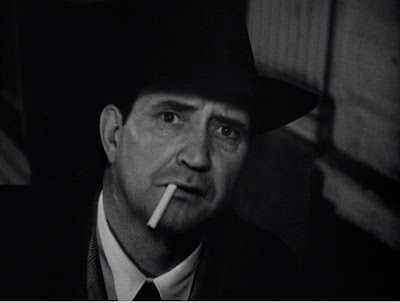 Its credit sequence in fact is one of the few I've encountered not only to show live-action footage behind glass-plate titles, but also to activate narrative exposition in its title sequence. It's not quite the in media res fashion that would develop by the 1950s (The Defiant Ones, say), but it's a significant development nonetheless.
Labels: 1947 project narration