The Defenestration of Visions of Light 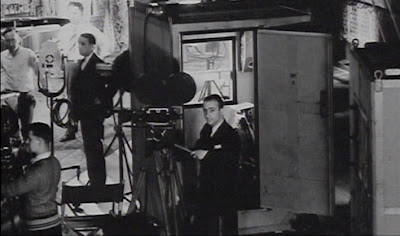 I finally got around to watching Visions of Light. Belatedly, because my research has increasingly taken up the history of Hollywood cinematographers and because the film is so frequently used in film analysis classes to show students the art of cinematography.
On the latter point, I'm a little mystified. I don't find the film remotely ideal as a pedagogical aid. Set aside the oxymoron of a film about cinematic art having the most pedestrian documentary shooting, scoring, and editing style possible. I suppose there's a case to be made for a nondescript frame to make the art work shine that much more. What concerns me more is its hagiographic approach to film history and its historical bias.
There's a deeper point to be made about the "great man" approach to film history - c.f. Gomery and Allen's Film History textbook. My disposition as scholar is to favor the contextual, the typical, the disjunctive, or the accidental. Others with even a more poststructuralist bent will criticize the teleology of film progress. But even before we get to the more advanced critiques, there's some major problems with the AFI approach.
Most strikingly, Visions of Light doesn't do all that much to show the spectator what makes for cinematographic art; instead, the DPs and experts interviewed tell her/him in voiceover. Admittedly it's tough in an excerpted clip to show how Hud tells its story in pictures rather than dialogue and acting, but that's partly the point. The documentary throws up clip after clip as if the art of cinema is self-evident. The effect is not too different from an Oscars montage. Fine for those already versed in film and film history, and maybe OK as a listmaking exercise for viewers who want a best-of list, but not much instructional value.
A better approach would be to show alternatives. contrast competing styles, or show instances that do not work, that are banal, or that fail to tell the story visually. One can learn as much from failures as from masterpieces. And the film should give some explanation: What makes Adventures of Robin Hood a crowning achievement of color cinematography? If George Barnes is a quintessential romantic, what about the image makes it so? If Arthur Miller had a distinctive style, then why does the clip from How Green is My Valley look so different from the ones from Grapes of Wrath? I'm pretty well versed in these matters and I sometimes have a hard time getting the message from the clip they show. 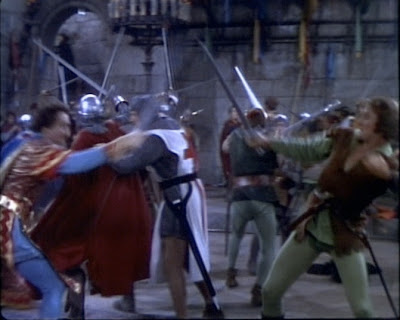 My other main objection with the film is its lopsidedness. Europe and the rest of international cinema only appear in a token, predictable manner: German expressionism as influence for noir and camera movement, French New Wave as liberator, Abel Gance as godfather of handheld. Does not the art of other countries' films deserve appreciation as something other than an influence for Hollywood? The Hollywood Renaissance looms large here, comprising two-thirds of the running time and dwarfing anything the film might have to say about classical Hollywood. There's an unchecked assumption that realism, spontaneity, and freedom are good. The film wants to celebrate the classical Hollywood masters, then spends the rest of the film undercutting their work.
The result is a film that gives surprisingly pat narratives of cinematographic art and relies on praise over genuine explanation. To take a counterexample, a documentary like Helvetica not only captures something of a serious debate within an artistic field in an accessible manner, it actually guides the spectator through a new way of seeing design. In contrast, the clips in Visions of Light are a collection of admittedly pretty images, but the film provides little context to ask us to see these images differently. They are static masterpieces, "Art" rather than art.
Labels: film style historical method pedagogy technological history;

aaron said…
Reading this, it suddenly occurred to me that while I've read not a few *books* on film, I've never seen a really good pedogogical movie about film, and that seems weird. After all, books are limited to showing static images (which, as such, literally do not capture what is unique about a moving picture industry). Are there any *good* films about film that you would recommend?
9:13 AM

Cristiano said…
The "Cinematographer Style" DVD has, in my opinion, the same issue. Actuallu, it's even worse -- film a lot of talking heads, then call it a day.

So, it's better to just read the "Cinematographer Style" book. It's just talk, anyway. Unless you want to know the faces of the cinematographers.
4:49 PM

Chris Cagle said…
The best pedagogical film I've seen is Noel Burch's Correction Please, but it is on the more intellectual side and hard to find.

There, of course, are several DVD commentary tracks that do a terrific job.

I'm happy to open the floor to nominations coming.
4:55 PM