The Romance of Rosy Ridge 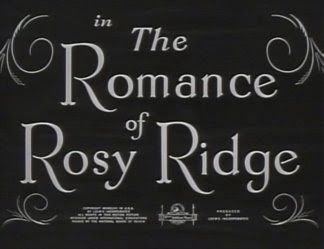 It's funny: I started off this project with my eyes ultimately on 20th Century-Fox, a studio I think (and will argue) ushered in much of a distinct postwar sensibility in Hollywood. Along the way, I've become more fascinated by MGM and the sentimental Americana it honed. The combination of nostalgia and national imagining is particular, and worth unpacking. It's inspired me to take the sentimental drama up as a project soon.

The Romance of Rosy Ridge (Ray Rowland) exemplifies what interests me in this cycle: a feel-good, hayseed melodrama with history bubbling beneath the surface (and a complicated historicity collapsing past and present). The opening literalizes this rupture, with expository titles and a post-Civil War-era map giving way to fire and a KKK-like vigilante group. 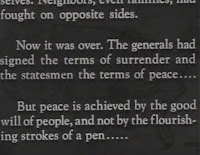 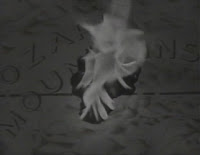 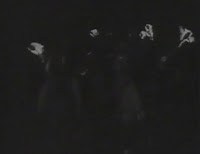 It turns out the KKK-ish group is a political red herring - they, in Scooby Doo fashion, are trying to drive down land prices, not trying to intimidate African-Americans and white Yankees - but it's a red herring that actually brings the spectre of racism, of Jim Crow, and of Southern resistence into the narrative. A stranger to town (Van Johnson) tries to unite ex-Confederate and ex-Union factions of the town for the common good. In a surprising genre location, Romance of Rosy Ridge is a racial-tolerance message film and a film of national political reconciliation (was MGM especially invested in this, economically?), with much of the thematic weight hinging on Johnson's character, his star image, and his performance.

Finally, it's hard not to notice the eroticized matinee-idol treatment of Johnson here, in visual terms that equal or exceed Janet Leigh's to-be-looked-at-ness. 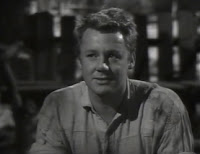 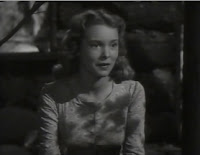 This is not a new argument - Richard Dyer and Jackie Byers have made it in other contexts. What I need to figure out is why MGM.
Labels: 1947 project historicity national cinema