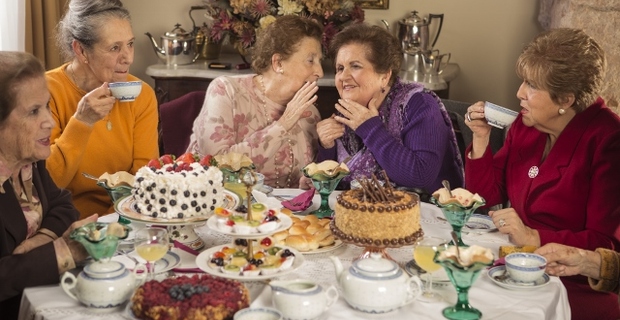 This is a type of documentary with an understandable hook - the juxtaposition of a documentary about Chilean culture and politics with an avowedly feminine and middle-class space of a domestic tea. And it combines a somewhat unusual observational style (heavy on tight framings) with a portraiture of engaging "characters," the women who are friends and keep in touch despite the changes that aging brings into their lives.

But one thing the film underscored for me is how one production convention of the doc is to create a situation to film. Nothing happens in Tea Time other than gatherings filmed by the filmmakers and possibly convened by the filmmakers. In other words, a documentary pretext organizes the filming and the profilmic. This is common to other films, as well, but Tea Time at times foregrounds this, using transition shots of the host posing in her living space and stylized shots which suggest an artificiality to the proceedings. 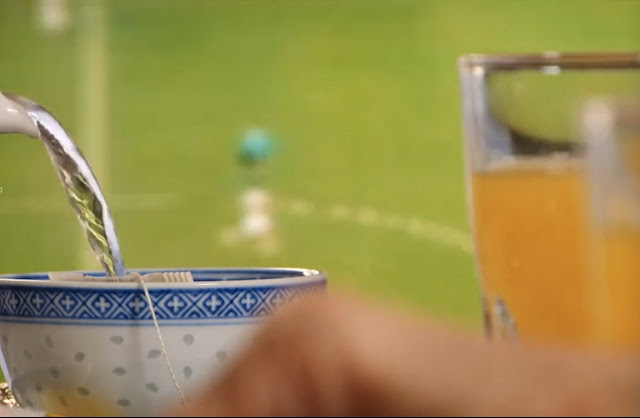 At other times, the film effaces the sense of staging.

Documentary studies (Nichols, Gaines, Kahana) has been drawn to reenactment as a recurring theoretical issue in documentary. What interests me is that documentary pretext is a subcategory or reenactment, but at a different level. Unlike reenactment per se, pretext is generally recognized only by other documentary makers or those familiar with the production process. And it speaks to the spectator with a different reality effect. Perhaps more properly it is not reenactment but enactment.
Labels: Contemporary Documentary project