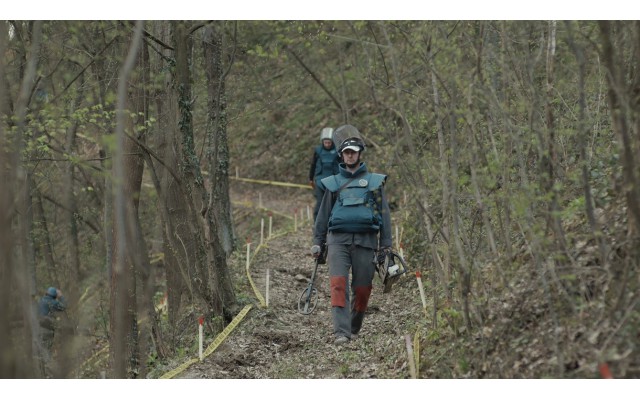 I mentioned in a recent post that there are important variations on the character-driven format. This is especially true in European documentaries and those oriented toward the festival circuit. There’s a wide range of experiments with the character-driven template, and the creativity with the form interests me in some ways more than the form itself. That said, it’s worth pointing to a common variation in the European/festival context.

The Successor is a documentary about the aftermath of land mines from the Bosnian war of the 1990s. It follows Vita Alfieri Fontana, a former owner of Tecnovar, the Italian company that produced the mines used in Bosnia and elsewhere. Eventually, Fontana had a sense of guilt about the use of his company’s products, shut down the company, and spent the following decade helping the mine removal process.

The documentary is not longitudinal but rather uses the pretext of Fontana’s journey to Bosnia to meet up with Nijaz Nemez, a Bosnian mine removal expert dealing with an explosion injury to his leg. The two were coworkers and are now friends. 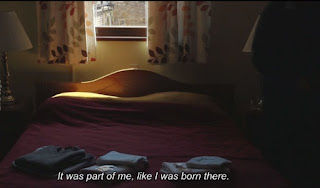 The film has a few important characteristics of the character-driven documentary. It explores a broader historical and sociopolitical issue through the personal experience of those who face it directly rather than through abstract, expository means. It combines observational footage with a significant amount of testimonial interview to anchor the interiority of the “characters.” (See left.) And it is structured around the emotional journeys of Fontana and Nemez.

However, in look and experience, The Successor does not feel like an American-style character-driven doc. There are some stylistic reasons for this, including the poetic-doc style framing and composition… 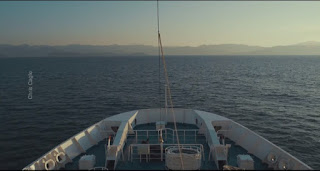 But mostly, the difference boils down to some important distinctions in structure from the typical character-driven documentary: 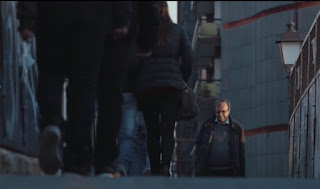 I do think these differences are attuned to a specific historicity of integrating Europe. It foregrounds the moral reckoning between Western and (South)Eastern Europe, depicting the civil war’s trauma as past but also a public sphere challenge for the present. 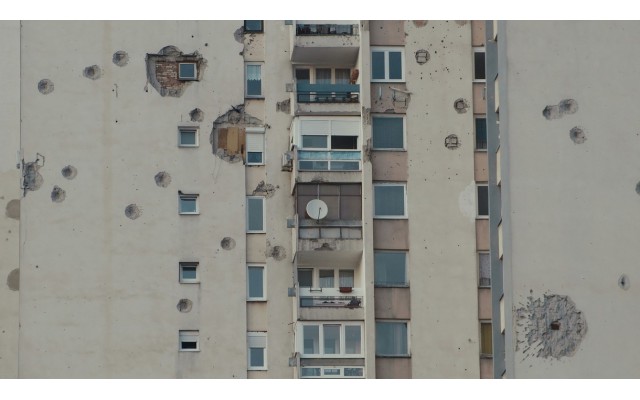