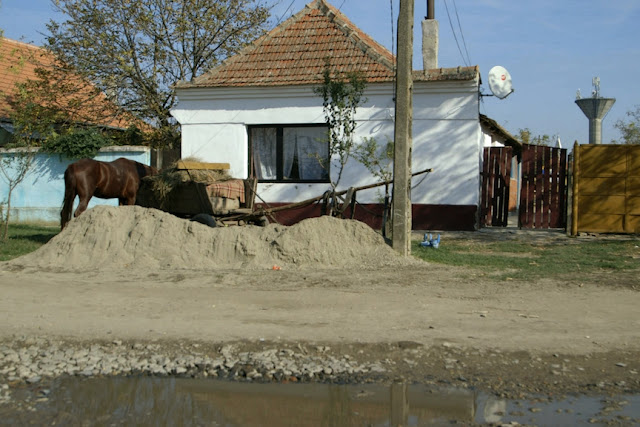 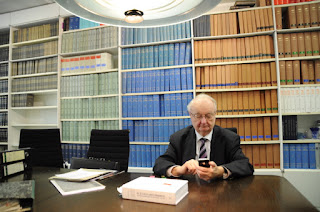 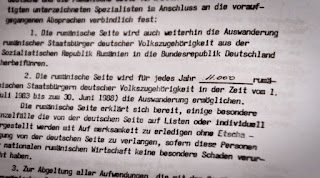 I had mentioned in my post on Tea Time, the unusual status of the enactment footage rather than the reenactment. But watching Trading Germans, I noticed a different variation of enactment/reenactment. Trading Germans is a documentary about the emigration of ethnic Germans (Saxons and Swabians) from Romania as well as the diplomatic negotiations between West Germany and Romanian government to achieve the permission to emigrate. At times the latter takes precedence, and like many other theatrical documentaries, Trading Germans borrows from fiction and lends a suspense quality to the international intrigue segment. We see German negotiator Heinz-Günther Hüsch pack money in a suitcase, get on a plane and stay in a brutalist Bucharest hotel. Clearly, the actions mirror the events described in the voiceover narration and in many respects substitute for them; the cinematography and scoring lend an aura of reenactment, of fictiveness. (The cinematographer, Alexandru Solomon, is known for similar fiction-doc hybrid work in his documentaries.) However, at no point is the footage exactly reenactment. The documentary never shifts register from actuality to reenactment, and we perceive the footage as a present-day re-performance of the events. The difference is subtle but significant. 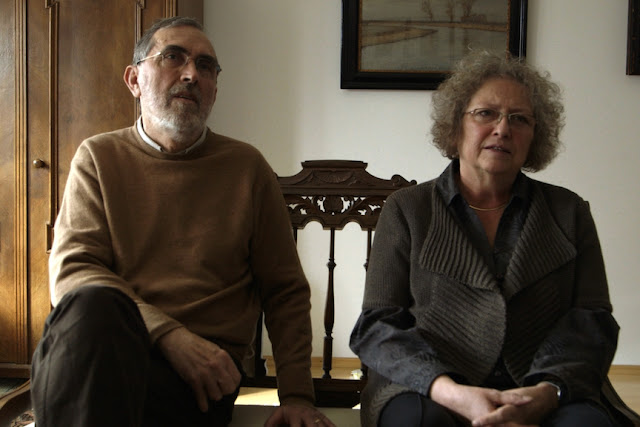 Perhaps just as importantly, Trading Germans, is only partly in this fiction-inspired register. Compared to a film like Man on Wire, which tries its best to be “not a typical documentary” and to adopt the crossover aesthetics of the fiction film, Trading Germans quite happily switches back to a postclassical talking-head issue film much like many other issue films geared toward European television. I happen to think it’s a well-done and dialectical exploration of its issue, but the documentary probably will not circulate broadly on its aesthetic merits alone. But one lesson I’ve learned from the film is how mainstream documentary can be free to shift tonal registers, to adopt a posture of stylistic bricolage, in distinction to the often tonally rigorous approaches of festival-oriented doc.
Labels: Contemporary Documentary project