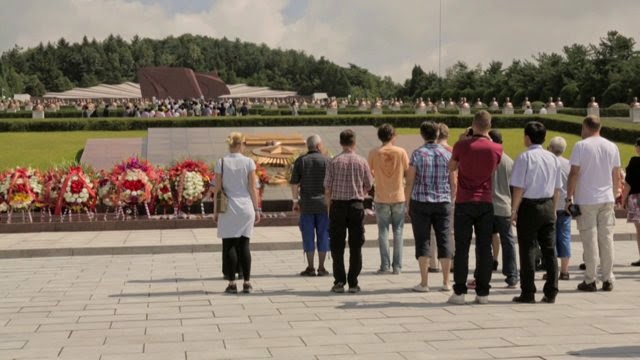 Tourisme Internationale is a fascinating experiment in documentary sound. Other precedents like Loznitsa's and Ujica's work have used foleyed sound to give a sense of presentness to archival footage. Voignier instead takes present-day footage--of an international tourist visit to North Korea--and removes almost all spoken word in favor of foleyed sound effects and ambient sounds. The effect is an uncanny play on presence and absence, on documentation and the fantastic.

One clear role of the move is as a power play between a government which wishes to control images and a filmmaker who refuses to allow the government's version to stand. By putting the voices under erasure, Tourisme Internationale obliquely gets at a portrait of contemporary North Korea that it otherwise cannot access. In the process, too, it figures the missing voices of the populace. (The tour guides are all well-connected elites.) Most of all, it's a film in which the concepts are experiences as much as intellectualized. 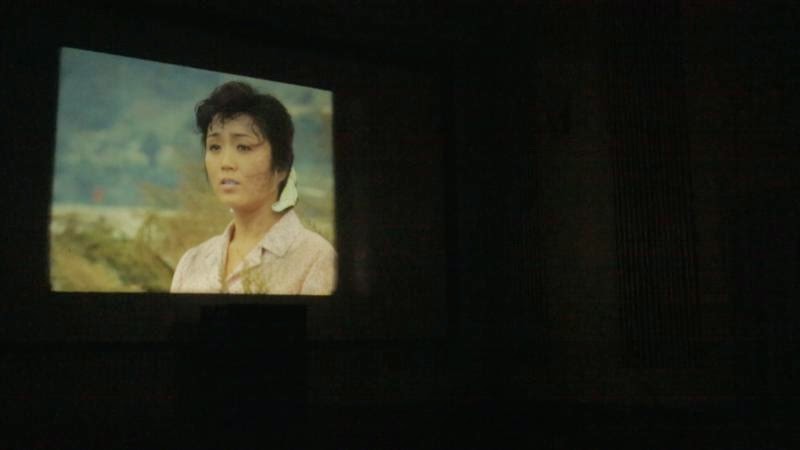 The one instance of spoken word allowed in the film is the dubbing of a North Korean fiction film. The film takes a wonderful turn of meta-reflection on cinema, sound, and the role of classical cinema language in our understanding of the medium. The putative propaganda of state-sponsored media gets a "real" presence in the film that the putatively more real tours of cities do not.
Labels: Contemporary Documentary project