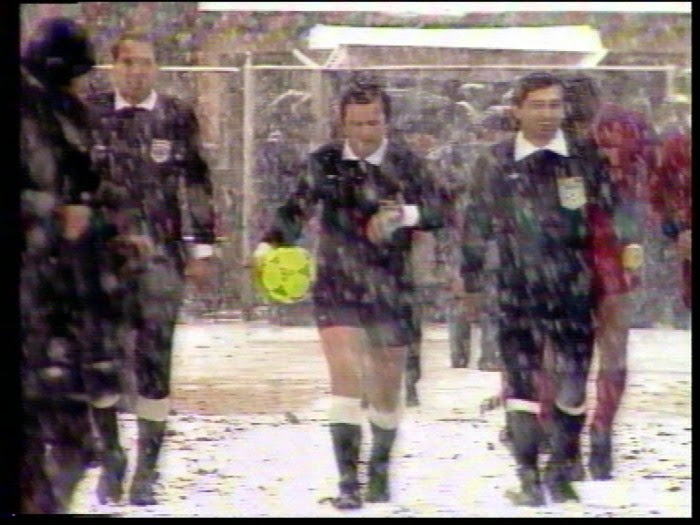 To me, one of the more exciting trends lately has been the convergence of the documentary world with experimental approaches that could be considered akin to structural filmmaking. I don't know if Porumboiu is explicitly influenced by or in dialogue with structural film. Maybe something about the slow cinema project of the Romanian New Wave arrives at similar ends from another route. But The Second Game would suggest that something beyond simply durational art cinema but rather a spectatorial experience of being distanciated from the very basics of the medium, the very split between sound and image.

The concept is simple enough: a 1988 soccer match refereed by Porumboiu's father between two of the major football clubs (Dinamo and Steaua) plays without original commentary while the Porumboius, father and son, discuss the match. It's not a tidy commentary on the Communist era or the politics of the revolution that would follow, but the now-and-then conceit does underline the stakes of historical knowledge and historical passing. Films from the vantage of post-Communist public spheres have the challenge of critique the pre-1989 regimes while understanding that daily life under Communism was a complex affair, not entirely reducible to the great historical picture the West in particular has of the era. Soccer does not neatly allegorize the Ceausescu era but it does pose the problem of citizen ethics to the present. The Second Game thereby manages to use soccer/football as an occasion for political and historical issues, but it also examines the game on its own terms. 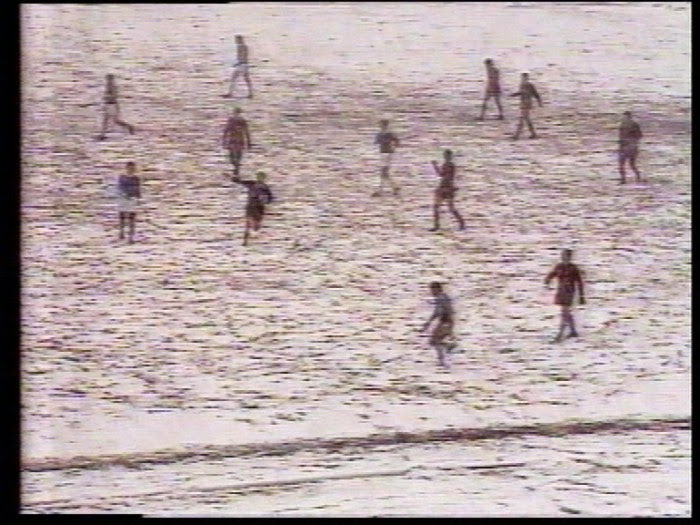 Aesthetically, The Second Game brackets television within cinema and asks the spectator to read both the aesthetics of TV and the politics of state-controlled broadcasting. Much of the affect of the film lies in its desaturated and degraded video images.

All the while, the film is a durational exercise - an ultimate one-scene film. At one point the filmmaker makes a wry commentary about his fiction-film style, in which "nothing happens." As he puts it in the director's statement: "If you were to ask which football game says the most about everything, I would tell you it is the one which is most banal." If Soul Food Stories shows the instance of a log line overpromising for a film, The Second Game shows the difficulty of creating a log line for an experimental doc that defies an easy summary or "hook." Think of it as an art-doc version of Harvard Beats Yale 29-29.
Labels: Contemporary Documentary project