The Road to Rio 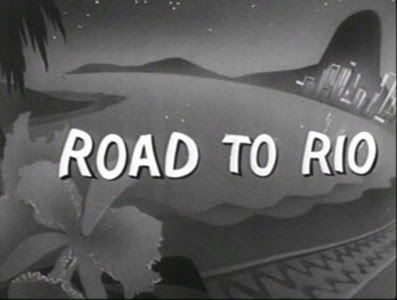 The "Road to" films, pairing Bing Crosby and Bob Hope with Dorothy Lamour, were extraordinarily popular in the mid 1940s and became a staple formula for Paramount. The Road to Rio (Norman McLeod) is one of the last in the cycle and a good example of the formula: one part topical references, to other films, stars, product brands; one part playful self-consciousness about generic movie conventions; and one part playing Crosby and Hope's star images off each other. (It's strange: I can barely abide either actor separately, but together they have a surprising synthesis.) 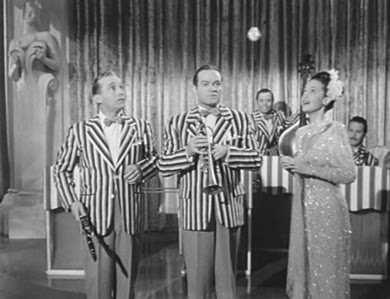 What sets Rio above some of the others for me are the clevel moments of movie reflexivity. This scene with Crosby and Lamour in front of a projected film is both clever and touching: 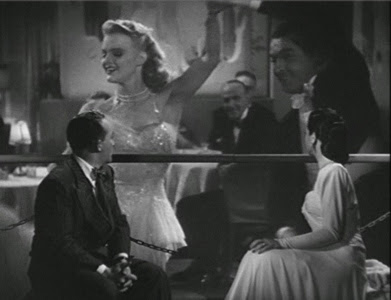 This is one of the few instances I've seen of rear projection being used in Hollywood as rear projection diegetically; remarkably, it shows how strong the illusion of motion is with the technique. Of course, it turns out the "musical" in the background is actual a previous Road To... movie, but what did you expect?
Labels: 1947 project