What I Look For In Documentaries

It's been a great year in documentaries and also a good year in documentary criticism. The number of year-in-review blog posts and best-of lists (and HotDocs has been retweeting many on Twitter) has made me reflect not only on the films that have come out but also on my own critical dispositions. Part of it is my reckoning of why works like The Act of Killing and The Stories We Tell, while worthy films, have moved me less than they have other critics and why the films I have been struck by are either overlooked or face mixed chances of an American release. Paradoxically, my tastes tend to be both canonical and idiosyncratic.

One tendency I do not find helpful is the tendency of critics to impose a very limited notion of what documentaries should do in their critical practice. At the same time, any critic does have preferences and judgments. So in the spirit of walking the line between omnivorism and discernment, I thought I'd lay my cards on the table and specify exactly what I look for in documentaries, both in the sense of what I'm attuned to watching them and in the sense of the judgments I form.

Cinematic form. Formal rigor, beauty, and creativity are not necessarily the same thing, but they are the dimensions that make documentaries aesthetic works in addition to informative, expository or theoretical works. A cinematically interesting approach is not enough to make me like a documentary but a complete lack of rigor or creativity can make me dislike one. In fact, this is probably one reason why I don't consume a certain genre of American left-political documentaries all that much. Fortunately, a number of trends, not least among them the availability of affordable HD video, are leading to more and more documentaries that are enjoyable to watch visually. It's not just pretty pictures, either: the documentary field has increasingly prized formal innovation. 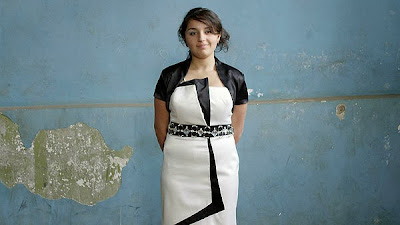 The Machine Which Makes Everything Disappear


The public sphere. My preference for formally interesting documentary puts me in good company with filmgoers and critics who like non-traditional, non-Griersonian documentaries. But, equally, I generally value films that engage spectators as civic subjects, and in that sense I'm more Griersonian in my expectations. To me, part of the excitement of a lot of documentaries from post-Communist states is the way they depict personal and institutional stories as occasions for national, collective self-understanding. But you see civic engagement anywhere there's a robust documentary culture (or maybe it's vice versa). 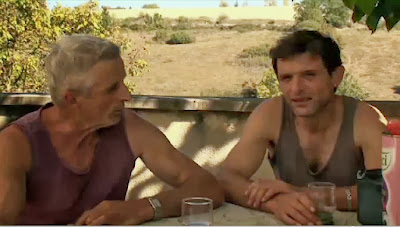 The Sons of the Land (photo thanks to Screen Zone's review)

Negotiation of transcultural and specific. Public spheres, however, are nationally specific. Some films - like Disease of the Third Power, an indictment of judicial system corruption in Slovakia - require prior political knowledge and do not provide extensive exposition for non-national spectators. Other films - like Wrong Time, Wrong Place, on the 2011 Norway attacks - downplay national issues in favor of universalist thematics. Each approach has its benefits and drawbacks, but I particularly like films that speak between the two levels - that can engage domestic and international spectators alike and can explore complex relationships between individual and collective. 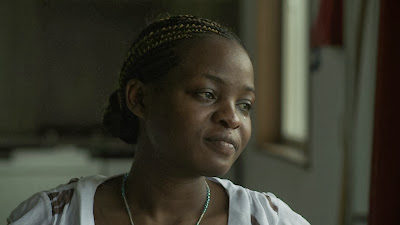 
Ethical treatment of the spectator. Public sphere aspirations should not mean an overly didactic or manipulative approach.  I do not require political modernism or self-reflexivity and in fact do not think either necessarily lead to a better engagement on the spectator's part. But something about the documentary's argument should be experiential rather than spoon-feeding. And it should trust the spectator to grasp complexity. I think my wordy response to Blackfish boils down to this, since the film does not trust the viewer to deal with the complexities of orca release.

The labor of production. I put a premium on documentaries that take more work to make. Developing and maintaining rapport with a social actor or getting observational footage over a long period of time takes much more effort than lining up experts for talking head interviews, which in turn takes more effort than doing a video diary. The labor involved does not necessarily make observational cinema better than expository or autobiographical documentary, but like good historical or social science research such labor is a contribution that should be encouraged and rewarded. And, simply, it impresses me as a viewer.

One thing I've not specified is entertainment value, and some narrativizing approaches rub me the wrong way because they work against the above goals. But I would be dishonest if I did not admit that showmanship had an effect on me.

These criteria do not all coincide and some films will be stronger in some areas than others. That's fine, and I don't have a prescribed sense of how these aspects should interrelate. Within limits, I try to take documentaries on their own terms, to want to see them successful in their project, all the while I value some projects more than others.
Labels: documentary studies film criticism public sphere