I've written in some generality about US documentary culture's provincialism as well as my own critical preferences for documentary. But it's worth fleshing out these broad pronouncements with a discussion of specific films. In particular I've been drawn to a range of recent European documentary work that straddles festival auteur cinema and public sphere-oriented documentary. I can sometimes (not always) see why these can get overlooked, but I do think they should receive more widespread critical engagement, particular in the US, where distribution and even video release remain sparse.

In fact, only one of the titles below has a US home video release. All were released in the last year or two. I've tried to list films that have DVD or streaming sources, but some are not available at all, either still on the festival circuit or caught up without distributors.

This is not a best-of list, but rather a list of works that I think are excellent in some fashion and that show a range of aesthetic approaches, issues, and documentary sensibilities. There's an element of a "genius of the system"  behind some of them, and I could easily have picked alternatives in the same style.

And of course, there is still so much to watch, so I welcome viewing suggestions. 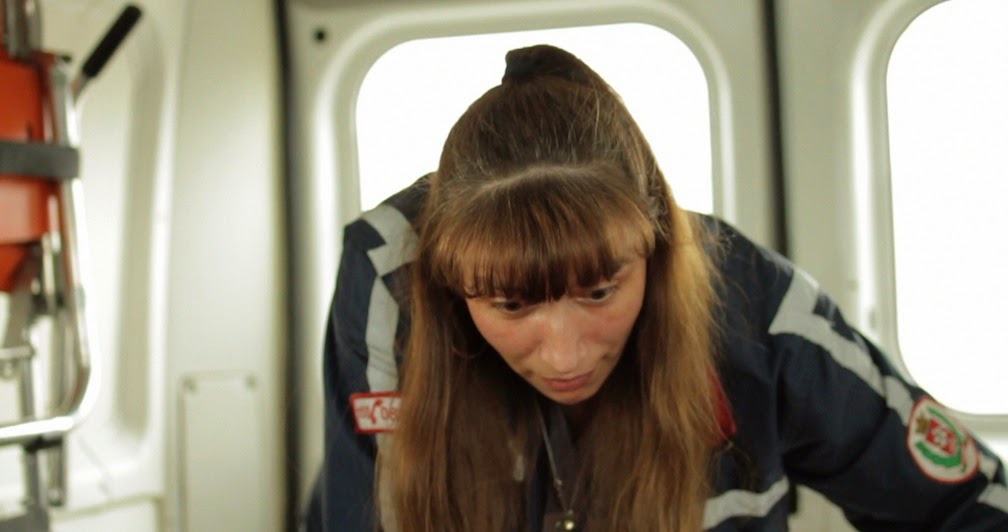 Sofia's Last Ambulance (Ilian Metev, Bulgaria / Croatia / Germany, 2012, German-release PAL DVD, theoretically with English subtitles) The film follows a trio of ambulance drivers around Sofia and is an understated portrait of the civil servant. Of all the documentaries I've seen over the last few years, this one has stuck with me and impressed me the most with its formal rigor (framing devices almost akin to structural film) and affective politics.

The Machine Which Makes Everything Disappear (Tinatin Gurchiani, Georgia-Germany, 2012, Icarus DVD) This is probably the critical darling of the bunch, partly because of its doc-fiction hybrid conceit. Ultimately, for me, the "casting call" frame device was merely a hook for what's a terrific observational composite of contemporary life in Tbilisi, Georgia.

Camp 14: Total Control Zone (Marc Wiese, Germany, 2012, streaming on Netflix) Since it's a film about the total-control prison camps of North Korea, the intended audience seems to be largely a human-rights-film audience. However, rather than approaching the topic with journalistic instrumentalism, Wiese has a purposive directorial hand, appropriating the now in-vogue use of animation for recollective and historical trauma, and the film teases out thematic layers from its disturbing material and its social actors. There's even a smart critique of human-rights discourse along with a trenchant criticism of the North Korean regime. If anything my second viewing of this was more rewarding than my first. 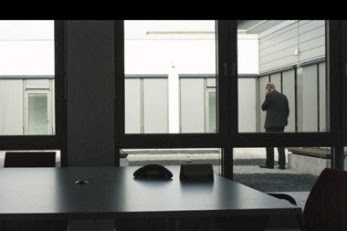 Work Hard, Play Hard (Carmen Losmann , Germany, 2011, German-release PAL DVD, with English subtitles) By now documentaries about design and planning have become their own subgenre. A study of corporate work spaces in Germany, Work Hard Play Hard, follows in the footsteps of Hustwit's Helvetica in reading design as ideological but goes even further in exploring the power-money-design nexus. If anything, I'm surprised at the access the filmmakers got for the film.

Winter Nomads (Manuel von Stürler, Switzerland, 2012, Swiss-release PAL DVD, with English subtitles). Winter Nomads is probably the closest example I can think of from the observational tradition represented by documentarists like Nicolas Philibert (whose latest I've not seen.) It follows two Swiss shepherds in their annual winter transhumance. Like many recent documentaries, it traces the impact of modernity and globalization, but here the emphasis is equally on the social actors - their personalities and their interactions. It's as much portraiture as observation. 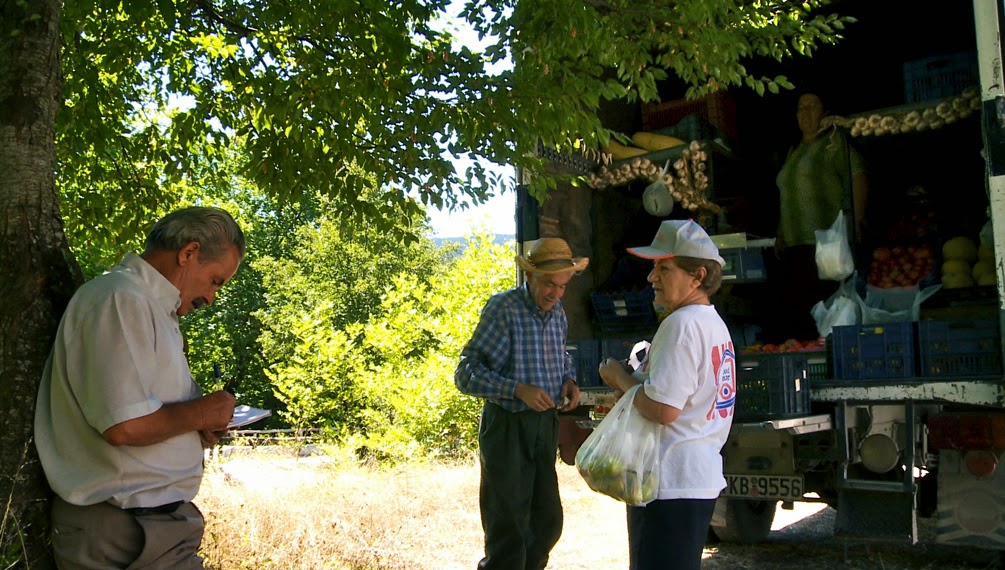 The Grocer (Dimitris Koutsiabasakos, Greece, 2013) is in a similar vein - it's about the decline of rural life in the face of modernity, it's observational in style, and it's structured around the seasons. But where Winter Nomads keeps a directorial distance, The Grocer is a remarkably warm, humanist portrait of mountain village life. It's one of my favorite films from 2013.

My Fathers, My Mother and Me (Paul-Julien Robert, Austria, 2013). It would surprise me if this film does not land a decent theatrical distribution, given its subject matter -- the autobiography of someone who grew up on the Friedrichshof Commune. Of the filmmakers here, I got the sense that Robert is self-taught as a documentarian and not natively a cineaste. That said, it's a smart and surprisingly measured treatment of the subject -  a difficult feat for what's ultimately an incredible personal story. I for instance, like the film far more than My Architect and other similar documentaries. And Robert has a lot of primary video footage to work with. 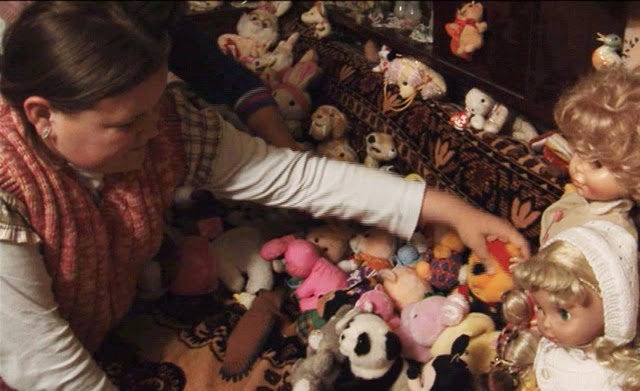 Here... I Mean There (Laura Capatana-Juller, Romania, 2012)  A character-driven issue documentary about a Romanian sisters split from their guest-worker parents, this film is probably the least aestheticized of the bunch. That said, it has a wonderful rapport with its subjects and a good hand with editing and structure. The problem is well-known in Romania and elsewhere, but I was unfamiliar before the film. Like many good documentaries the film explores the general through the personal and vice versa.

Two Furnaces For Udarnik Josip Trojko (Goran Dević, Croatia, 2012) A film that has not seen wider distribution and perhaps never will, this documentary about a steelworks plant in Sisak, Croatia succinctly captures so many of the political, economic, and affective issues of the transition from Communism to a liberalized economy. I was impressed how a found-footage and sound montage technique could rise above the cliché and go somewhere else, formally and thematically. And personally, it was the film that first piqued my interest in post-Communist documentary and led me on my current film-watching project. 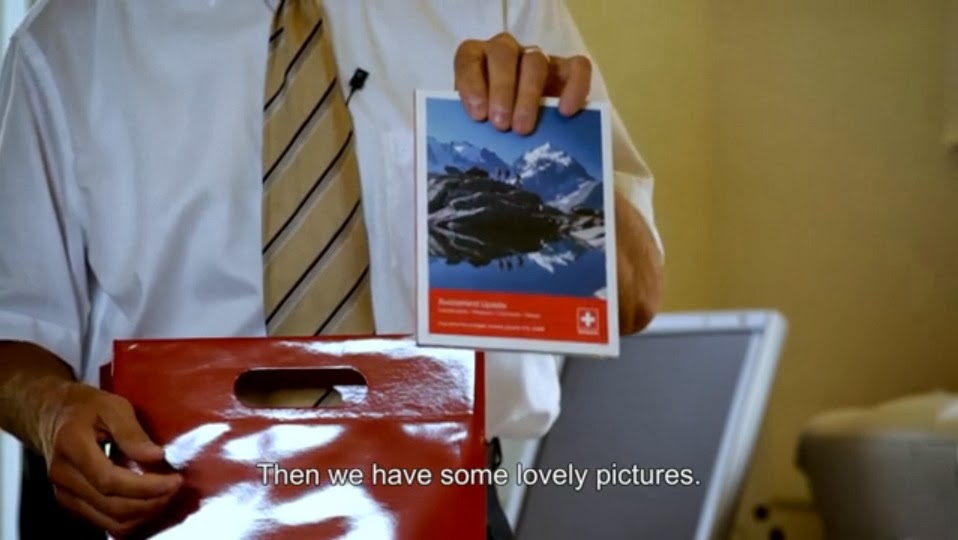 Image Problem (Simon Baumann and Andreas Pfiffner, Switzerland, 2012, streaming-purchase via Vimeo) I thank Marcy Goldberg for making me aware of this Michael Moore-ish satire of Swiss national identity. Her Visible Evidence paper gave a good reading of the film's politics and argued that it's worth looking at European documentaries beyond the festival styles, even if they're more commercial or "American" in their style. It's a polemic I can get behind and would apply as well to agit-prop docs like Married to the Swiss Franc (Arsen Oremović, Croatia, 2013). Image Problem definitely has some ethical problems and, even though it's aimed for a Swiss audience, airs dirty laundry for the rest of the world. That said, it's a savvy and funny takedown of political consensus.


Snow Crazy (Laila Pakalniņa. Latvia 2012, streaming or download-purchase via Doc Alliance) There are a number of minimalist place-portrait documentaries focusing on abstracted processes of business, places, or institutions, sometimes with their human subjects in the background. There is something about Snow Crazy's subtly ironic tone that made the short film stand out for me. 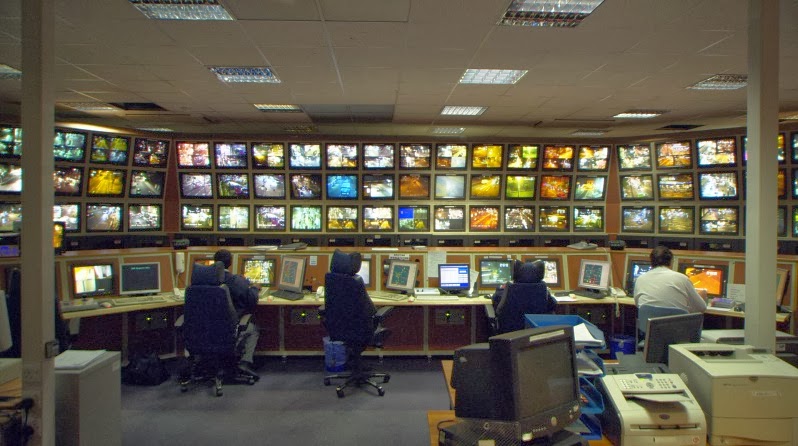 Abendland (Nikolaus Geyrhalter, Austria, 2011, streaming or download-purchase via Doc Alliance). Another poetic rumination on places, this is probably the most aestheticized and least Griersonian of my list, a poetic reflection on nighttime labor across Europe. Like many of the more art cinema-style documentaries, this one has slow editing and a lack of exposition, but it also asks the spectator to connect the actions and spaces it depicts. For me, the sum is greater than its parts.

Sons of the Land (Edouard Bergeon, France, 2012, available streamed online) A gut-wrenching documentary about French farm families, drawing parallels between the filmmaker's father and a young farmer whose life and struggles the film follows. In other words, the character-driven format and the autobiographical genre work as foils to one another.

Praxis  (dir. Bruno Moraes Cabral, Portugal, 2011, streaming or download-purchase via DocAlliance Films) Another observational short, about student life at a Portuguese university with a hazing tradition. It's a great example of a simple, focused subject matter with deep allegorical resonance.

Pura Vida/The Ridge (Pablo Iraburu and Migueltxo Molina, Spain, 2012, Spanish-release PAL DVD, with English Subtitles) By far the most commercial and narrative of my list, Pura Vida recounts a mountaineering expedition gone wrong and the multi-national rescue team assembled to save the mountaineers. Within its genre, it's quite effective, and the presence of other films on the same subject matter should ideally not keep this one from being seen.
Labels: documentary studies film criticism