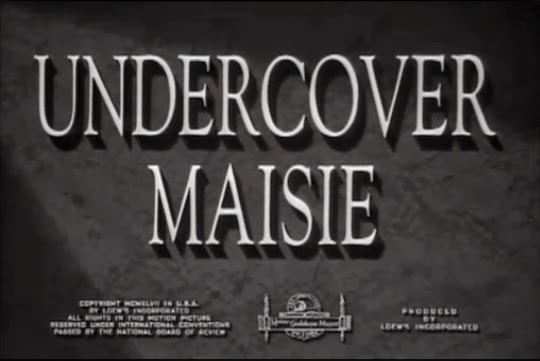 Undercover Maisie (MGM, Harry Beaumont) was the last film in the series built around Ann Southern's girl-detective series. I have to admit that I've not seen any of others, and have to presume the earlier films were more famous and perhaps were fresher in their formula. As is, Undercover Maisie is an interesting example of something between B-movie and A-movie aesthetics. As an MGM film, it has decent production values, yet often with simpler setups than more dramatic material. The script is almost episodic, and I kept trying to get a handle on the narrative structure, which is looser than one would expect from a crime genre film. 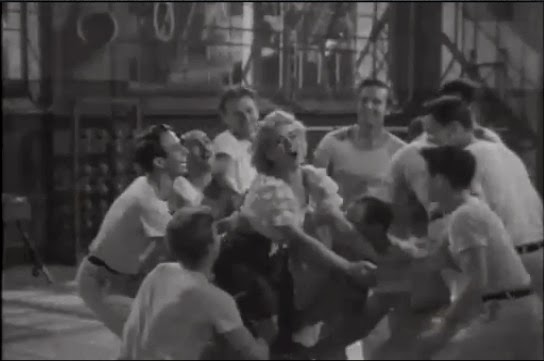 Of course, Maisie is not entirely a crime film, but a comedy based on Maisie's brash Brooklyn showgirl character (picture Barbara Stanwick's Stella Dallas) becoming an undercover police officer. The fish-out-of-water that seems to be a common trope in 1940s comedy. It's this narrative and the gender twist that keeps this from being what I'd call the light comedy, but I lack a good genre term for it. 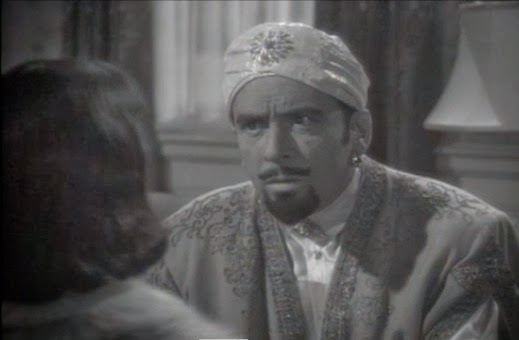 The main subplot has to do with a charlatan named Amor, whose racket Maisie is trying to infiltrate. By its iconography, one would see similarities with the orientalism of a Bob Hope movie, but equally interesting are the resonances with noir, and the racket seems like it could belong in a Hammett or Chandler novel, or Nightmare Alley.

And just when I think I'm watching a film without topicality, it turns out there's a returning veteran and housing crisis angle!
Labels: 1947 project