They Won't Believe Me 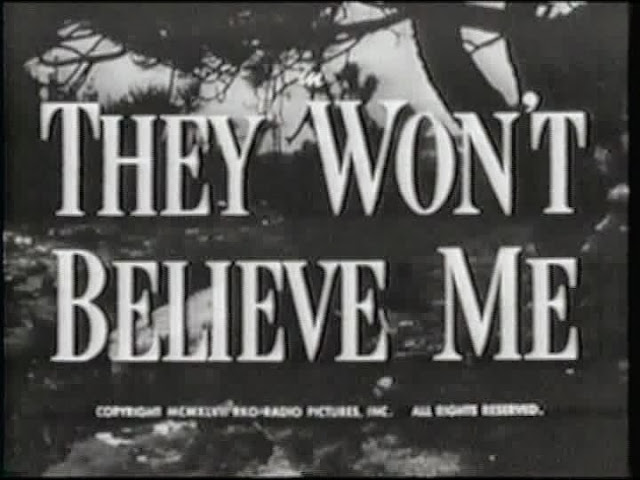 1947 continues to surprise me. They Won't Believe Me (RKO, Irving Pichel) has an ending that is bleak and as fatalistic as any noir I've seen. It is easy to see how this film would be fodder for those arguing that noir packages a political critique - in this case of the justice system. And there's the film's unusual sexual politics: the protagonist, Larry Ballentine (Robert Young) is a philanderer who serially cheats on a wife he married simply for money. It is worth remembering that this sour view of traditional family mores also has a certain patriarchal and misogynistic underpinning. I do not know the production history of this film, but I would not be surprised if the Production Code had some formative influence on where this narrative ended up.

On one hand They Won't Believe Me feels like a generic noir with a flashback structure, a James M. Cain/Cornell Woolrich-ish murder trail narrative, and some familiar noir iconography. I'm sure someone for instance has written on the noir tendency to intersperse California pastoral scenery as a narrative pacing strategy and as a thematic opposition to the foreboding sense of doom and destiny. 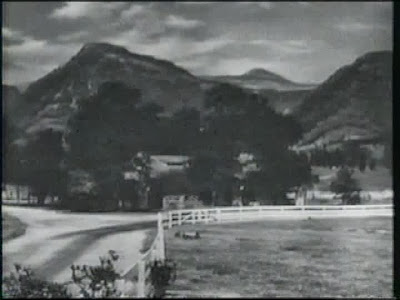 On the other hand, a film like They Won't Believe Me actually does not follow all the noir tenets. There is as much emphasis on the melodrama/romance elements as on the action/crime elements. In addition to a recognizable low-key style with deep focus and low ceilings, which in fact is not all that different from prestige low-key style of the late 40s... 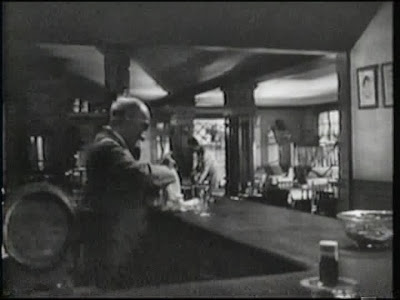 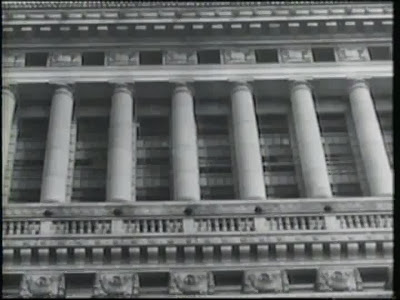 ... and much of the film has a pretty balanced cinematographic style. Here, for instance, there's just enough 3-pt light to model the figures, with a pool of light setting behind Rita Johnson, dressed in black, while Robert Young, in white pyjamas, is brightly lit against the dark background. It's a well-composed shot that's about as typical an example of light-dark balance in Classical Hollywood cinematography as you could look for. (I just wish I had a better print and video transfer to watch!) 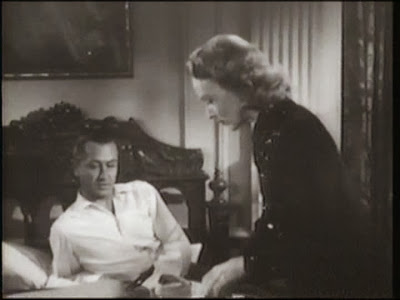 Even if this film was probably a low-A programmer in budget and approach, there are some interesting stylistic flourishes like this off-level 180-degree shot/reverse pattern. 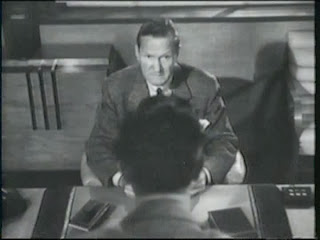 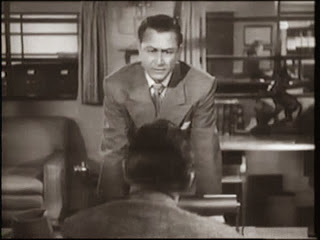 In all, the film is a sign that Hitchcock was not alone in his transference-of-guilt thematics - that this trope extended widely into the crime novel/film culture of the time.
Labels: 1947 project