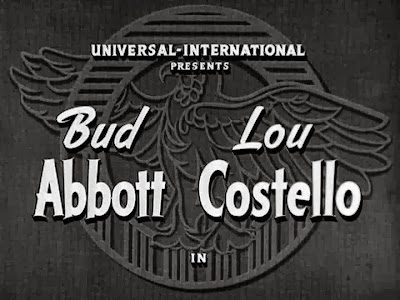 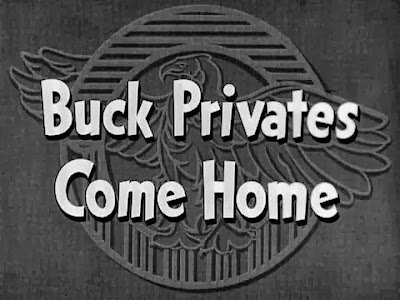 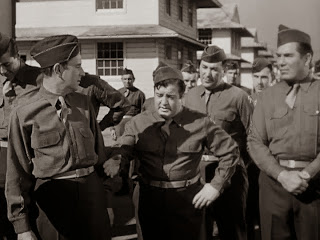 Given that Abbott and Costello were top stars during World War II, it's no surprise that Universal would make a sequel to their successful fish-out-of-water comedy Buck Privates (1941). But I was surprised to see how Buck Privates Come Home (dir. Charles Barton) adapted topical material of veteran readjustment to the comedy. The pair play bumbling soldiers who are coming back to the US from Europe at the War's end. They have a series of run-ins with their nemesis policeman/sergeant in what is largely an episodic narrative.

What greets them are a series of obstacles of veteran readjuments, particularly unemployment and a housing crunch. It's the comedy answer to Best Years of Our Lives, if you like. 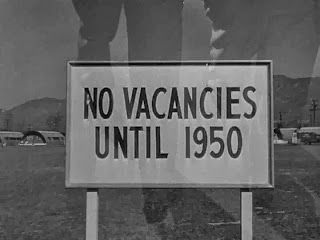 But what surprised me was a war orphan subplot. Michael Lawrence has been working on the figure of the orphan in 40s Hollywood and its relation to affect and the child star. My own essay on the sentimental drama dealt with, tangentially, the orphan as a trope of historical trauma. Here, clearly, the orphan is played for comic effect, but there's also a clear interpellation of the spectator as a humanist, caring world-citizen. 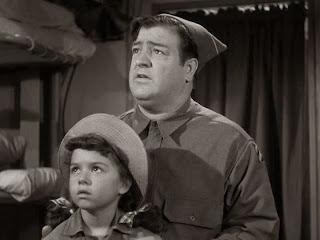 One other thing worth noting is the relatively lavish production values, including some fine-tuned black and white cinematography. Clearly, the stars success for Universal led to bigger budgets. 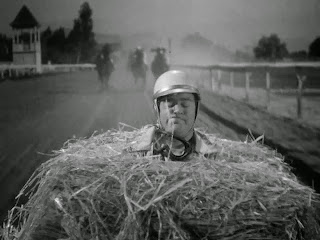