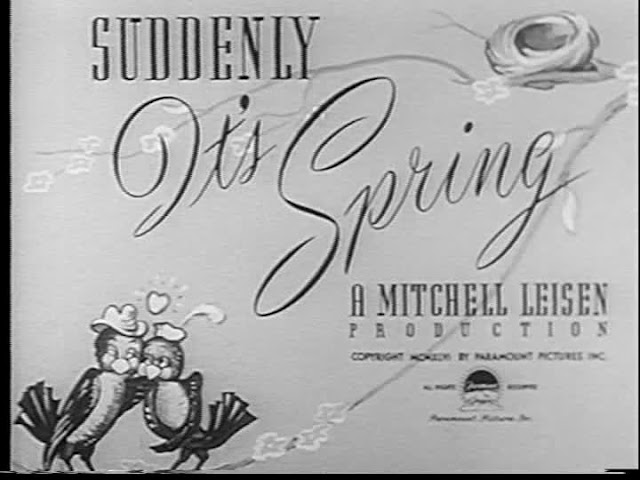 Another light comedy from Paramount, Suddenly It's Spring (Mitchell Leisen) updates the divorce-and-reconciliation screwball formula to reflect the impact of World War II. Claudette Colbert [CORRECTION: Paulette Goddard... whoops] and Fred MacMurray play war veterans Mary and Peter Morley who, on the verge of divorce before the war started, reunite at the war's end having to decide what to do with their marriage. MacMurray has become interested in a divorcee, whom he intends to marry after the divorce; Colbert has a new wealthy suitor. The typical screwball complications and resolutions follow, but behind it all are a few new concerns: the collective fate of marriages caused by war time absence; the status of the wealthy who stayed at home during the war; and the general allegorical importance of getting back to normal.

Even here, the comedy plays out in the public sphere, as Mary's role as marriage counselor in the WAC plays out on the front page of newspapers. This was a trope of some 1930s screwball films, but by the late 1940s there becomes the obsessive sense/critique that American lives played themselves out in newspapers and on the radio. 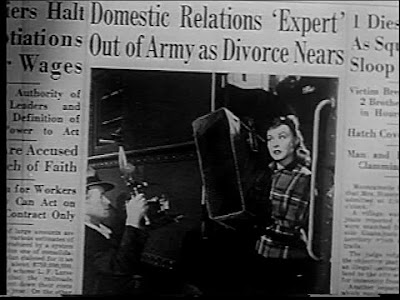 Stylistically, this film seems to be one of the more "1930s" in feel of the A-pictures I've been watching for 1947. Leisen's direction and Daniel Fapp's cinematography (which in later films like The Big Clock and Union Station could be virtuoso noir) tend toward diffused glamour lighting, high key set ups, and restrained but intricate camera movement and blocking. 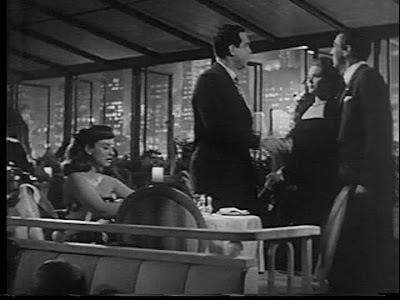 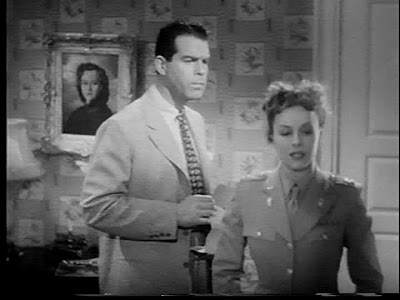 Joe said…
This is Paulette Goddard in the movie, not Claudette Colbert... a glaring mistake for a film professor...
6:18 PM