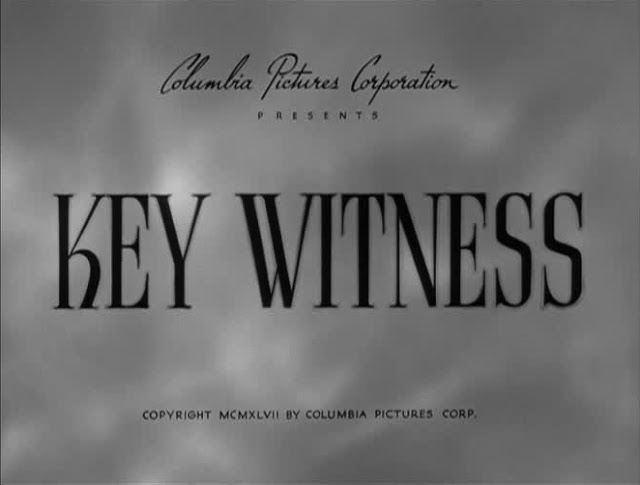 I have been making good progress on the A pictures from the major 8 studios in 1947, but need to track down and watch more of the B pictures. (These tend not to be the titles with an official studio home-video release.) I am now especially eager to see more of Columbia's titles, if only to see how representative Key Witness (D. Ross Lederman) is.

To begin with, the film exhibits characteristics of a certain B-noir ideal type. There's a good amount of historical scholarship, revisionist and otherwise, which has called into question or at least bracketed the idee fixe of noir, and my viewing of 1947 has revealed that noir tendencies cut far and wide but that relatively few of the "noir" films live up to the canonical take. However, this one does, if less for a hard-boiled/femme fatale narrative - I like to think of a Cornell Woolrich-like strand that influences many of the B noirs. And here a similar dark vision pervades, as does both a theme that combines class critique and existentialist tendencies.

The opening three shots actually seem to me a good 3 to 5 years ahead of their time, which probably indicates the generative importance for these B noir pictures. We have the iconography of the nighttime aerial shot and the inky-black chiaroscuro of the minimal lighting setups, in the manner of John Alton. 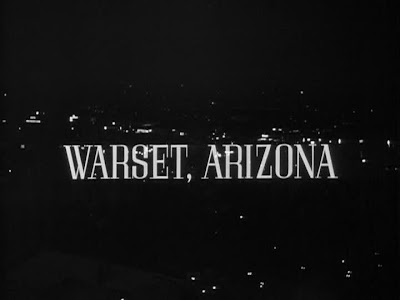 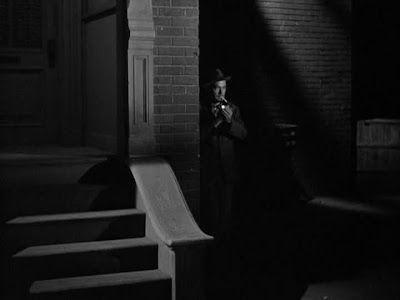 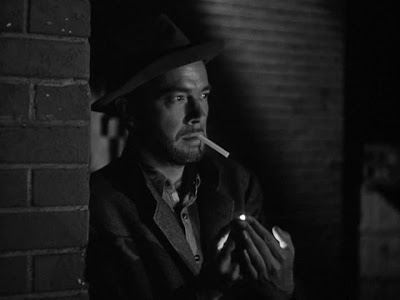 Elsewhere, flatter lighting and cheaper sets add to the now generic markers. More interesting to me is DP Tannura's more nuanced work, as in this shot, which infuses a harsh, directional light into what is otherwise a superbly lit interior shot. 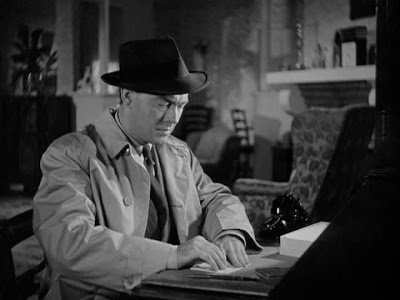 The narrative itself of Key Witness is too convoluted to productively summarize (at only 1h7m running time!), but its main character Milton Higby gets inadvertently trapped in crime dealings. Moreover, the ironic reversals begin to denaturalize the narrative, to the point that the film feels like Bresson in B film clothing. It's a morality play that undermines a clear sense of morality. Like I said, I am eager to see what else in 1947 may be like this. 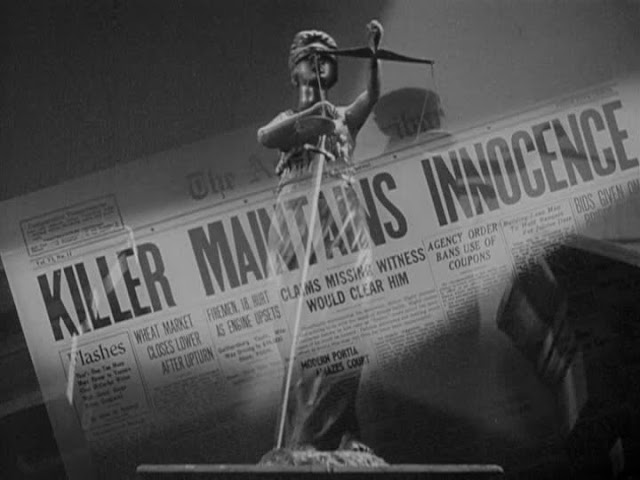