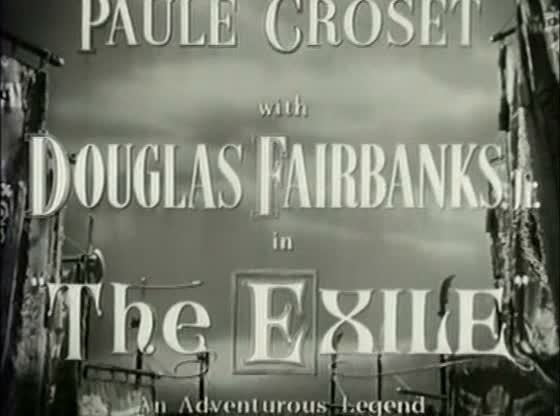 I have come to think of 1947 as an anti-1939 of sorts. Not only is there a dearth of canonical films during a prolific year, but there is also the oddity that many canonical auteurs release lesser, even forgotten, films during the year. Hitchcock's Paradine Case is one example, but almost as fascinating is The Exile (Universal), Max Ophuls' swashbuckler with Douglas Fairbanks. From the start it is clear that The Exile does not follow the usual generic treatment. It could be the copy I watched, but the cinematography seems consistently downbeat, with heavy use of low- and especially medium-key lighting, in distinction to the high-key world of, say, Captain from Castile. The DP, Frank Planer (IMDB states that Hal Mohr and George Robinson worked uncredited as well), uses effects lighting extensively, even obscuring the actors' faces at a key narrative moment of emotional epiphany. 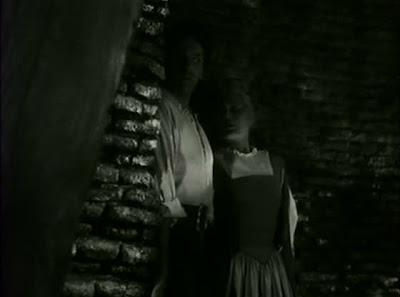 At other times, the cinematography adopts the pictorialism of Northern European Renaissance painting. 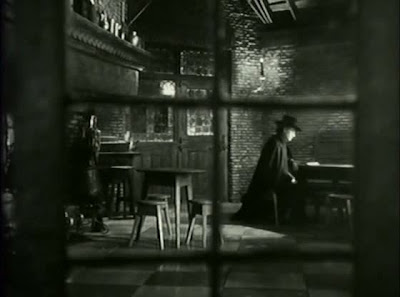 The direction too, seems more in line with a prestige drama, with complicated blocking. In one scene, Katje and Charles hear a carriage arriving. 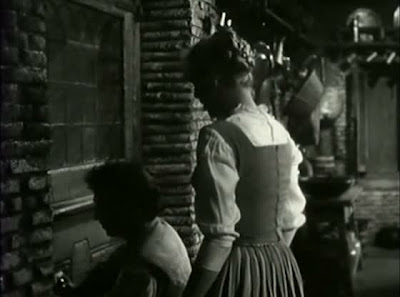 Charles goes to see who it is… 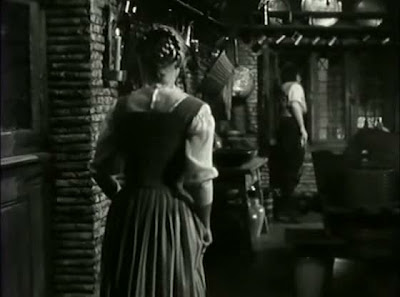 … while Katje goes around the kitchen… 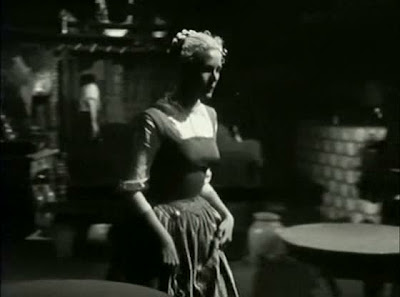 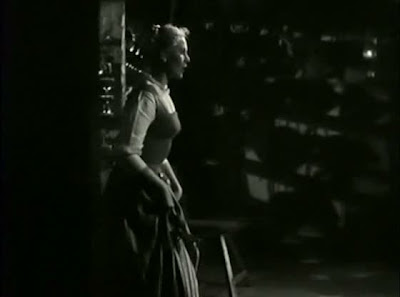 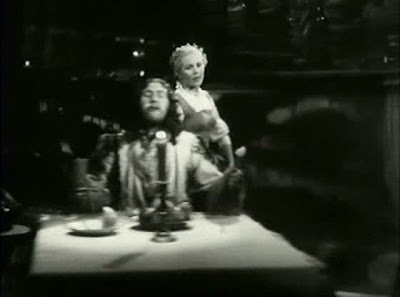 …. to answer the door. The camera in typical fashion has an independent agency and both suppresses knowledge and anticipates action. 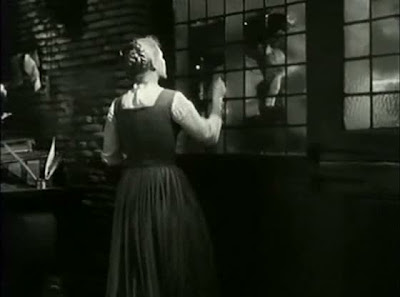 I wondered about the significance of the narrative, set during the Interregnum in England - the exile is Charles Stuart, who lives in Holland and disguises himself as a tulip farm worker to avoid detection. He is oddly cast as a defender of democracy. I suppose in part the Puritans figure the by-then unpopular Prohibition coalition in the U.S. Revealingly, too, Charles (in disguise) tells the farm owner, Katje, that "England is an important country of 7 million inhabitants. We owe them a debt." Katje asks about her debts, the money she owes for her farm. The allegory is not precise but in the most unusual place we have a story about American Interventionism and the Lend-Lease Act.

Beyond this, there are some fascinating Ophulsian moments, both with visual abstraction 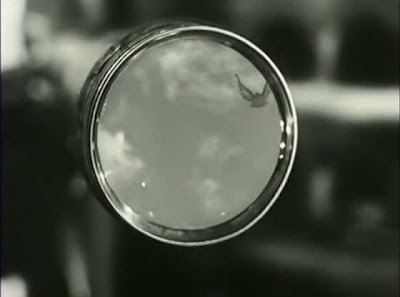 .... and use of mirrors, as in this shot-reverse shot. 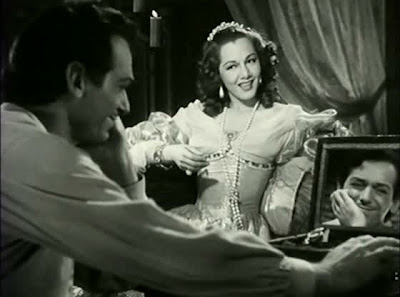 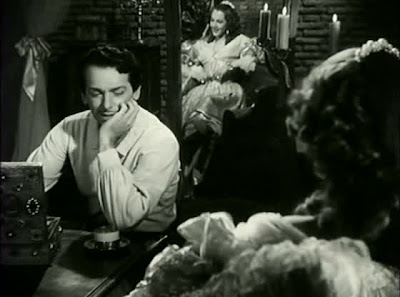 Ophuls tends to lean toward the baroque, but there are mannerist elements here. 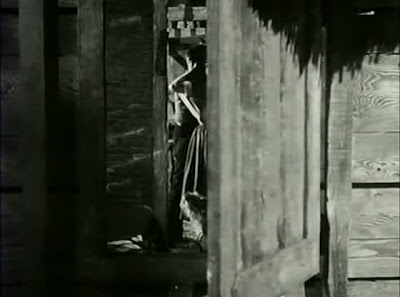