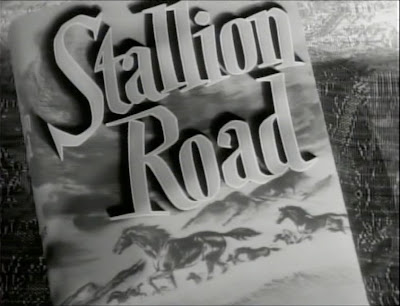 So far I've been noticing a fondness not only for credit sequences based on a book or formal note but also the use of suggestive shadow (compare this to It Had to Be You). 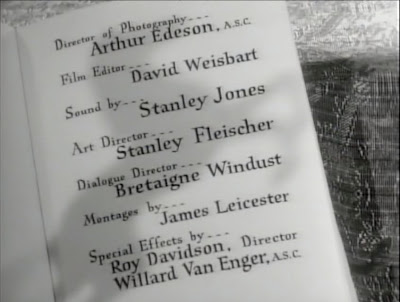 If Song of Love showed the Warners' biopic given the MGM treatment, Stallion Road (Warner Bros., James Kern, an uncredited Raoul Walsh) shows the genre in transmutation as the studio changed in the postwar years. The film opens up with the iconography of the gothic film or the mannerist drama (say, Humoresque): 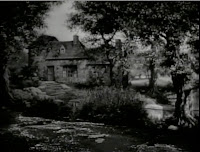 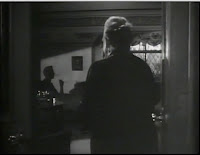 However, an open-nested flashback structure shifts the genre and the formal treatment to a high-key style normally associated more with RKO or MGM than Warners: 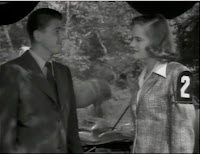 The narrative is a love triangle between ranch veterinarian Larry (Ronald Reagan), neighboring rancher Rory (Alexis Smith), and Larry's visiting college chum Steve (Zachary Scott). Reagan as usual plays the bland wholesome type, Scott the fey urban snob. What's remarkable about the narrative is its stealth gender subversion. Larry and Rory are clearly romantically destined for one another, while "cad" Steve and "trampy" Daisy (Peggy Knudsen) are the odd couple left out. (Sort of like Kyle and Marilee in Written on the Wind). At the same time, Rory is clearly masculinized, from her dress to her demeanor, while Steve edges toward gayness. On top of this, the horse serves a clear metaphorical function for sexual desire, with a parallel comparison between Larry and his horses. 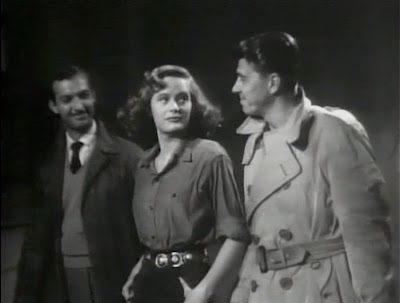 Whether from Raoul Walsh's involvement or from Warners' approach generally, this Freudian potboiler threatens what might otherwise be a straightforward biopic about Larry's research into anthrax.
I should also point out an instance of the typical here; at some moment of relative narrative lull, the film includes music sung by the characters. It's a scenario so utterly common to films of the 1930s and 40s and yet so foreign to commercial cinema today. My colleague Dan Friedlaender has pointed my attention to these moments as a reflection of the communitarian use of music. Which makes sense, given that the commodity-form of studio-created popular music has changed our relation to music and that the changes have worked their way through soundtrack practices in cinema (c.f. Jeff Smith's book The Sounds of Commerce). 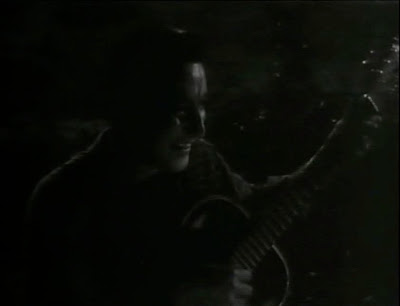