The Senator Was Indiscreet 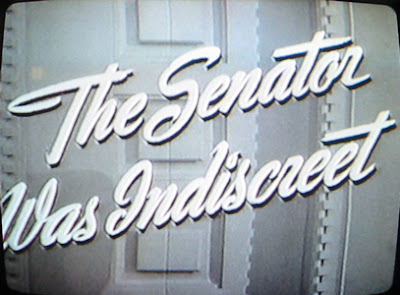 The current penchant for 2 hour 50 minute running times makes me appreciate the taut construction of a 75 minute feature even more. It’s hard to imagine The Senator Was Indiscreet (Nunnally Johnson/Universal, George Kaufman) as a B film, since its star power (William Powell as the senator of the title), its Park Avenue milieu, and its “witty” comedy script suggest first run aspirations. My offhand guess (evidence-free) is that as a Universal film, Senator could fill either slot on a double bill depending on venue.

The film is a political satire. The senator is a naïve, absent-minded old man who in Fred Thompson fashion is entertaining a presidential run without actually announcing one. Things get complicated when he loses his personal diary. Ray Collins’ turn as a political boss worried about the diary’s content is particularly engaging. I continue to find remarkable the distinctive political culture of the 1940s, which does find some expression in the topical films. Whereas today the implosion of the public sphere itself is the problem (when one makes a political satire today, it ends up being about television and the impossibility of true politics in a televisual world), in the 1940s film the press was simply one agent working antagonistically against a political machine that wanted to manipulate the public sphere. 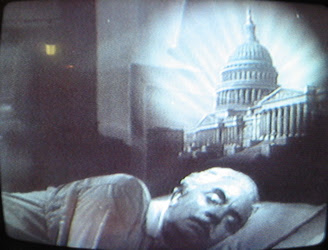 The opening shots incidentally contain what appears to be the visual cliche of the postwar years: the extreme long shot of the Midtown Manhattan skyline. 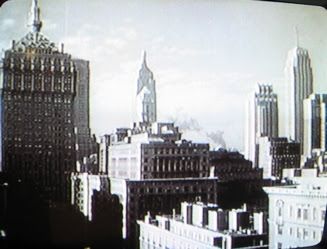