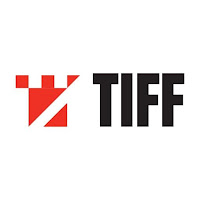 This week I am attending the Transilvania International Film Festival in Cluj-Napoca, Romania. It's part of my goal to attend more film festivals - I'm a newcomer to festivals and festival studies - and the dates lined up for me for this one. Also, I have seen a couple of very strong Romanian documentaries and am curious how nonfiction might be in dialogue with recent Romanian New Wave  films.

Perhaps the biggest surprise to me has been how local this festival feels. Unlike Sarajevo Film Festival, which is split between a local audience, regional industry participants, and members of the international film circuit, TIFF (not to be confused with Toronto, of course) draws an overwhelmingly Romanian audience. At some screenings, in fact, I have been the only non-Romanian in attendance. This is not to deny the national significance of the festival (it's the most important one for Romanian fiction film) and the international nature of European coproduction and distribution. And mostly it's a bilingual festival, in Romanian and English. But the overall feel is of an inward looking festival, trying to imagine a Romanian cinephile sense of self.

This placement has implications in the program. A lot of the program comprises "best of fests" samplings - this is true of many festivals, but with TIFF the proportion seems higher. For the documentary program, which I'm most interested in, there is not an overriding identity guiding the selection in the way I've seen other festivals have. On the other hand, TIFF does have a competition program and special focus series. These, to my surprise, are not regionally focused in Southeast Europe but rather along thematic and tonal lines. Whereas Sarajevo (to use my best point of comparison) privileged a synthesis of humanist art cinema and political filmmaking amenable to human rights discourse, TIFF at least this year gravitates to the épater-la-bourgeousie side of art cinema: dark subject matter, downbeat tone, and more violent narratives. I would love to know what drives this identity.
Labels: film festivals