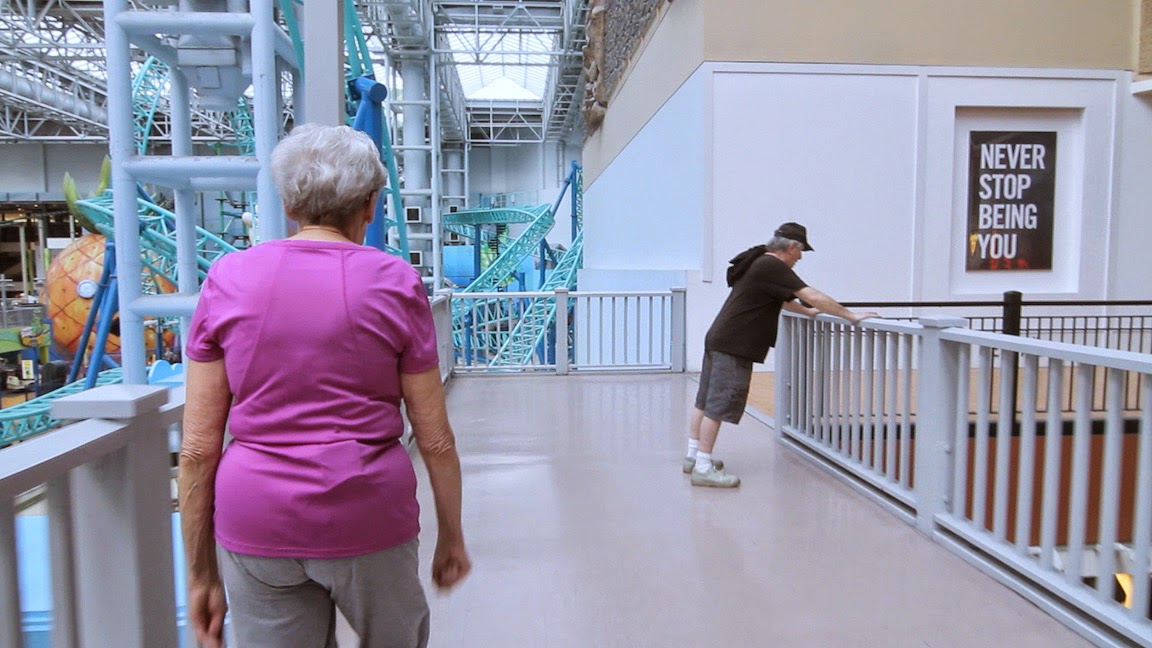 Mallwalkers has a straightforward topic: the (mostly) older Minnesotans who powerwalk though the Mall of America in the morning. The film intercuts between four sets of "characters," and perhaps inevitably walks the line between ironizing humor and humanizing portrait. There's such a palpable sense that the documentary imagines an audience who is socially distant from the Midwestern subjects, but Mallwalkers does not overly exploit.this dynamic. It's poised to be a festival audience hit while also functioning as a small-scale observational piece. 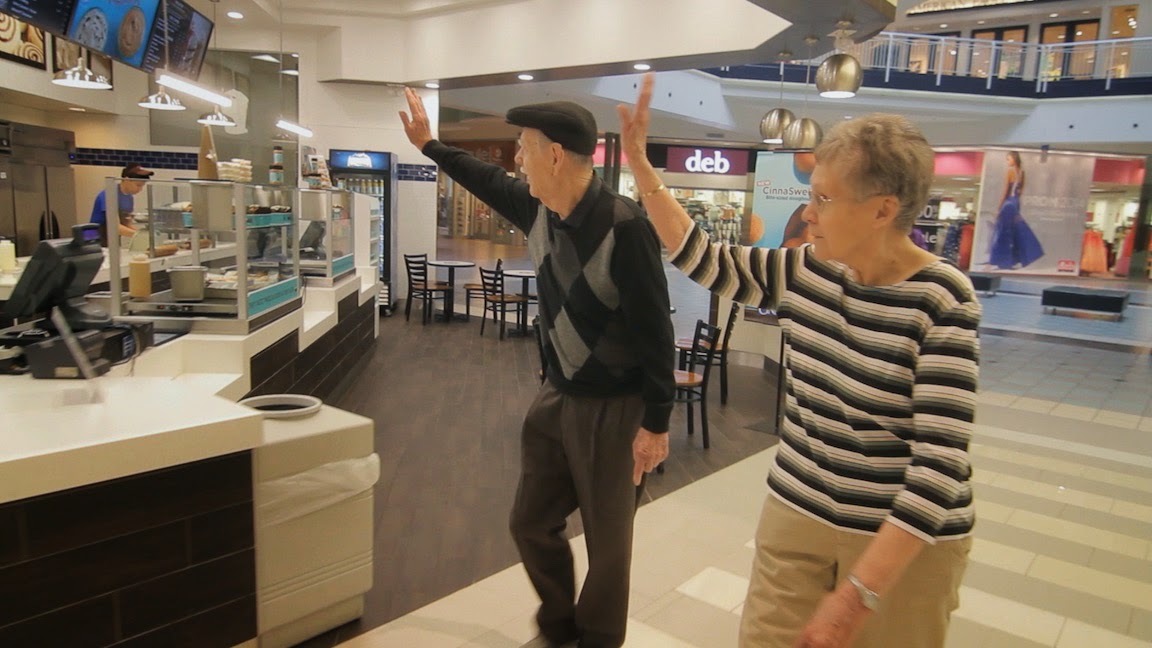 The counterpoint would be the opening and closing shots, whose carefully composed view of the mall spaces contrasts with the moving and following camera of the observational footage.
Labels: Contemporary Documentary project