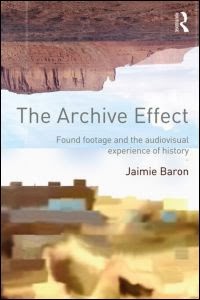 I am pleased to announce the first of an ongoing series of scholar interviews. Jaimie Baron is assistant professor in the Department of English and Film Studies at the University of Alberta. Her new book, The Archive Effect (Routledge 2014) fills a gap in the scholarship of the found footage film and the study of archival footage. I asked Jaimie to talk more about her book, about compilation films, and her projects.


Your book concerns what others have called compilation or found footage films and that you, with good cause, label appropriation films. One thing that struck me is how your examples cut across documentary and experimental cinema. What about appropriation cinema is able to apply to both experimental work and not-so-experimental documentaries?

Both documentary and experimental films often use appropriated documents – whether filmic, video, audio, or photographic – but their respective appropriation practices have rarely been examined together, except in terms of a rather simplistic opposition (realist/modernist, nondialectical/dialectical, illustrative/critical). I wanted to understand how we might think about appropriation as a trans-generic practice. Thinking about all films that appropriate preexisting footage as “appropriation films” allows us to see the continuities as well as the differences between these different types of films – especially in terms of the effects their use of appropriated documents may produce. In The Archive Effect, appropriation becomes a lens through which we can find new connections between existing genres.


I'm impressed by the way The Archive Effect takes theoretical strands from poststructuralism, phenomenology, and 1970s film theory and makes them accessible - and ground ideas in the specifics of the genre. How do you approach writing about theory?

Although I do not directly invoke phenomenological theory, my methodology is fundamentally phenomenological. I am very much influenced by both Don Ihde’s book Experimental Phenomenology in that I seek to precisely describe my object of study (i.e. a film or video), to theorize the experience of that object, and then to bring that object into dialogue with other, related objects. Beyond that, I am willing to bring any theory to bear on my object if I think it illuminates something about it. However, I always begin from the object, not from the theory.

Frequently your argument walks the line between skepticism about truth claims and faith in the ability of cinema to convey some historical truth. How do we find the sweet spot between the two?

Although I am certainly skeptical about truth claims, I also believe that films that make a claim to documentary status – which the use of archival documents often suggests – have a responsibility to attempt to tell the truth as best it can. Even if this attempt is ultimately doomed to failure, we cannot just give up and say there is no truth, because there is a reality out there in which real people live and die, a reality that deserves to be represented as truthfully as possible. A naïve faith in the ability of film or video to “capture” reality is no longer viable, but a self-conscious attempt to engage reality through indexical representation has the potential to help viewers connect with the “real” while simultaneously alerting them to representation’s inevitable partiality and mediation. Archival footage seems to promise the “real” but we must always maintain an awareness of the fact that the archive effect is precisely that – an effect.

Your last chapter, on digital historiography, seems to me to have some useful implications for cultural studies of new media. Do you feel that media studies and film studies are in adequate dialogue about appropriation?

More scholars have begun writing about appropriation, particularly the kinds of remix videos we find online. However, discussions of experimental found footage film usually remains separated from discussions of popular remix video, which I think of as a problem. Appropriation crosses the boundary between film studies and new media studies, encouraging dialogue between the two.

One part of your discussion of the archive effect that I especially liked was the discussion of the debate over William E. Jones' work. Are there implications for how we do reception study for nonfiction or experimental work?

I did not expect the Q&A following the Los Angeles Filmforum screening of William E. Jones’ Tearoom to become central to my theorization of the archive effect. In fact, a lot of Q&As are quite dull (i.e. “What kind of editing software did you use?”). However, that Q&A alerted me to the potential value of such discussions for reception studies. One of the challenges of writing The Archive Effect was that writing about viewer experience is extremely difficult since viewers may have all different kinds of reactions. Balancing phenomenological textual analysis with some firsthand observation of real viewers seems to me to be a productive way of confronting this challenge. 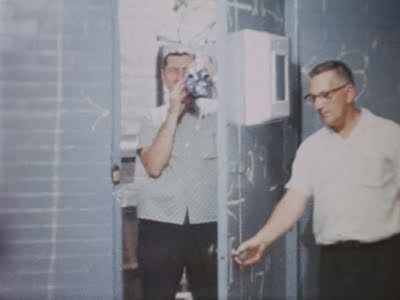 
You've been a founder, curator and promoter of the Festival of (In)appropriation, a festival of found-footage films. Could you talk briefly about the festival and the influence it's had on your research (or vice versa)?

I founded the Festival of (In)appropriation in 2009 with my colleague Andrew Hall (who has since moved on to other things) under the auspices of Los Angeles Filmforum. Each year, the curators – Lauren Berliner, Greg Cohen, and I – put out a call for entries for recent short experimental films that incorporate some kind of preexisting sound and/or image, and we receive between 200 and 300 entries each year from which we select a 90-minute program. We tend to choose films that appropriate intriguing source material and use it in ways that suggest some kind of concept, very broadly conceived. Although I only wrote about a few of the festival films in The Archive Effect, seeing so many experimental appropriation films each year has given me a broad sense of the range of source materials and filmmaking strategies that filmmakers are using to make their films. In fact, my current book project is based more explicitly on the festival films as well as other contemporary appropriation works, including those found primarily on YouTube.


Could you tell more about your current project?

I am currently working on a new book tentatively entitled “Inappropriation: Found Footage Filmmaking in the Digital Era.” This new project focuses on the way in which contemporary found footage work – both popular and experimental – is demonstrating the malleability of audiovisual meaning and, in doing so, raising many questions about the politics and ethics of appropriation. The notion of “inappropriation” gestures towards the way in which certain appropriation films foreground the viewer’s sense that certain footage is “out of place,” “misused,” and therefore “inappropriate” to its new context. On the one hand, inappropriation has great critical potential but, on the other, it also raises questions about the ethics of certain kinds of “misuse.”

Are there films from your discussion that you particularly think deserve a broader audience?

Many of the experimental films that I write about have not received the scholarly attention I think they deserve, including the works of Adele Horne, Natalie Bookchin, and William E. Jones. However, I hope that my book will lead other scholars to examine experimental found footage films in relation to other genres like documentary, so that they are not isolated theoretically and confined only to experimental film scholarship. I also hope that the films that have screened in the Festival of (In)appropriation will begin to get more scholarly attention.

Sara said…
This interview has provoked my interest in checking out this book. I love the idea of the series and can't wait to see the next installment. I think you're doing a wonderful thing for film studies by conducting these interviews.
8:33 AM