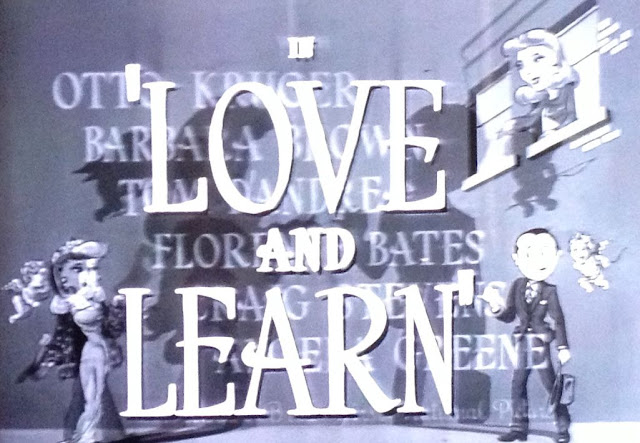 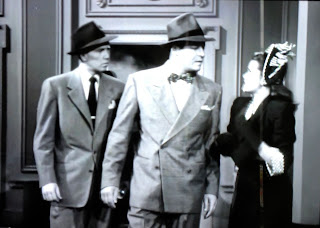 I wasn't aware that Warner Bros. character actor Jack Carson was ever a leading character - and maybe in Love and Learn (Frederick de Cordova) he's not exactly - but his glad-handing persona apparently was part of a cycle of Hope-and-Crosby-style buddy comedies with Dennis Morgan. In this film, in Morgan's place, Robert Hutton plays the co-songwriter and straight-man foil to the remainder of the comedy. I am still trying to get a handle on 1940s comedy, since the genre is one that now seems most remote in its sensibility. But one trope I see is the hard-on-one's luck striver scheming to make it big on moxie alone. (See Fun on a Weekend.) These two songwriters are trying to make a break in Tin Pan Alley, only to find their lack of connections prevent their chances. Love and Learn does not actually pursue a satire of Tin Pan Alley, but rather uses it as the basis for music numbers and a poor-meets rich narrative in which the familiar masquerade takes place across class lines. 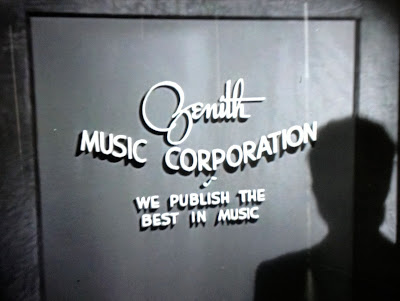 The masquerade comes in the form of Barbara Wyngate (Martha Vickers), a rich girl dissatisfied with her socialite existence. The film therefore participates in the class triangulation that is arguably constitutive of Hollywood ideology. Tellingly, the film shows little class specificity. Barbara changes her name to Smith and is remarked as having boarding school manners, but her diction is not that different from the other characters. Similarly, at one point she telephones her love interest's house in the Midwest and the decor of the two spaces is nearly identical. Obviously a WB comedy was not going to be a Fox drama in its attention to mise-en-scene, but it's hard for me to shake the feeling that aesthetically this feels like a film with a great deal of 1930s aesthetic.