Fun on a Weekend 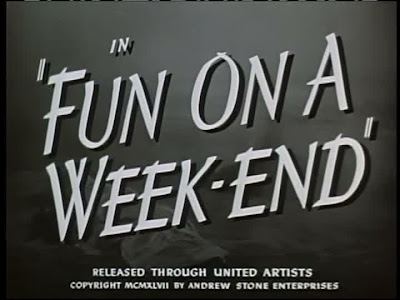 One medium term project I hope to spin out of this 1947 viewing is a closer look at 1940s comedy. Very little of the comedy I'm examining for this year makes much of an appearance in the canonical accounts of canonical Hollywood, and I'm inclined to think the omission is not accidental.
One problem is that I don't necessary have a good critical vocabulary to talk about comedy as a cultural form. The other is that I'm unfamiliar with radio comic traditions, which inform Hollywood considerably.
I can imagine a strong radio influence in Fun on a Week-End (UA/Andrew Stone Productions, Andrew Stone), a lowish budget independent comedy starring Eddie Bracken and Priscilla Lane as two down-on-their-luck people who meet on the beach of a fictionalized Palm Beach and hatch a plot to con their way into high society and wealth. There is a vaudevillian comic timing and delivery here, and both Bracken and Lane fit familiar comic types of the 30s and 40s. At the same time, the film draws upon the Preston Sturges films, with a send-up of upper-class mores and a madcap sensibility. 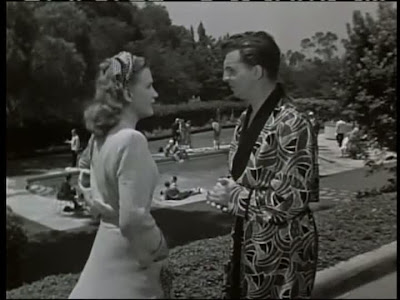 A couple of things work against a completely generic comedy, however. Eddie Bracken's vulnerability lends an edge of anxiety to the depiction of class. Accordingly, the film surrenders its barebones narration on occasion, as when a long-take tracking shot, one of the least ostentatious I've encountered, follows the protagonists during a scene of emotional transformation. 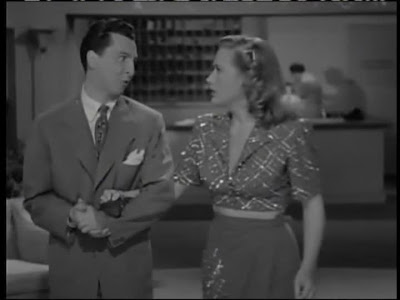