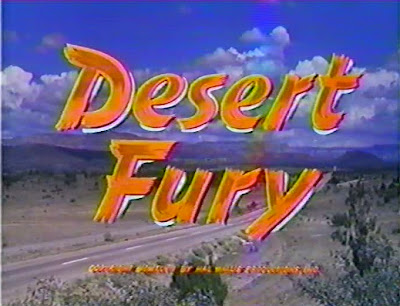 I wish I could read the PCA files for Desert Fury (Paramount, Lewis Allen). Much like Born to Kill, there is a subtext of a gay relationship between a criminal and his sidekick. But where in Born to Kill, the subtext was a secondary shade of characterization, here the narrative centers on a love triangle that develops when Paula (Liz Scott) enters the picture. The narrative development makes sense without acknowledging the gay subtext, but barely.
To the extent that this film gets remembered today, it's as a rare "color noir." But it's not really a noir, or at least only tangentially so. Sure, there is the familiar iconography of the dusty California desert town, popularized by James M. Cain for its intimations of deserted seediness and favored by Hollywood for its affordable location shooting. 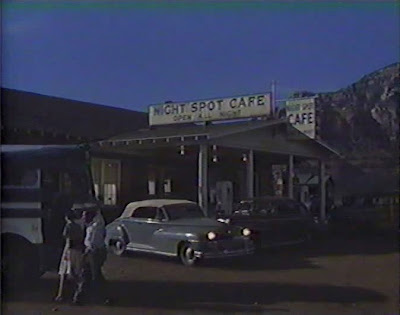 But the narrative syntax is of a melodrama, the overlay of maternal-dynastic conflict with two love triangles. The semantic elements of gangsterism, gambling, and the American West serve mainly as backdrop to this. I have no idea if Desert Fury informed Johnny Guitar almost a decade later, but it's surprising how similar they are.
As for the color, much of the film is in a basic high-key Technicolor flooded in light. 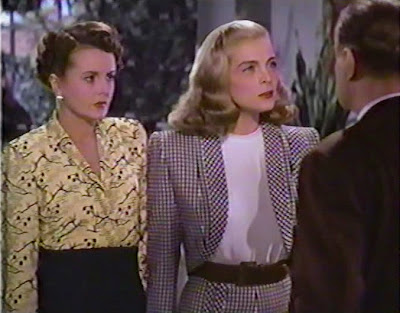 There are, however, moments of subtle warm-cool contrast and use of effects lighting. 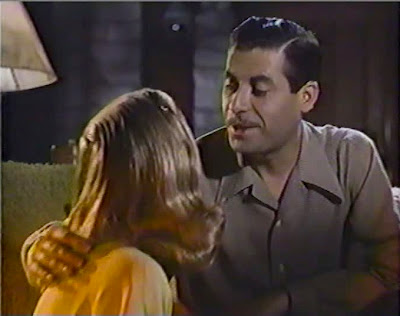 Sorry for the lousy image quality here. Just another testament for the need for Paramount to release their catalog on DVD. I'm still trying to get a fuller sense of the studio's releases. I am curious to see how Desert Fury fits in with the full offerings. Given the expense of Technicolor and the reputation of Paramount as a safer genre-oriented studio, the choice for color for this film seems surprising.
Labels: 1947 project film style

Classic Manuals said…
They have this on DVD thanks