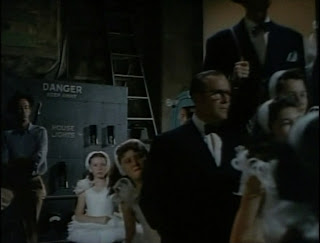 Just a note that I have a new article out in Quarterly Review of Film and Video (29.5 | online) titled, "The Sentimental Drama: Nostalgia, Historical Trauma, and Spectatorship in 1940s Hollywood." It's the first published essay to have emerged specifically from my 1947 viewing. The journal does not provide abstracts, so here is one:


Examining the 1940s dramas often overlooked by film canons, this essay traces their nostalgic invocation of America's turn-of-the-century and their deflection away from the historical trauma of World War II. Just as these film's melodramatic narratives focused on childhood and coming-of-age, their visuals placed the viewer in the vicarious position of historical maturation, as well.

Many thanks to Bob Rehak for comments on an earlier draft.
Labels: publications