In Defense of Abstracting the Work/Text

This book sounds interesting and timely, but it was this excerpt that got me thinking about a larger methodological issue: 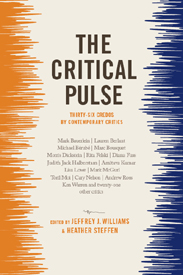 I think the new thing criticism ought to learn to do now is to grapple with the total aesthetic environment that has taken hold of ordinary life in our times, which criticism has not done all that well with—has, really, often been blind and deaf to—so far. From waking, when you put on one song then another to start the day in the right mood—while also listening to NPR (which is interviewing some writer or documentary filmmaker) and idly looking at the television or online weather—you can be environed by representations until you lie down again to sleep. Along the way you’ll take in several fictions: Law and Order at the gym, a romantic comedy on DVD in the evening, and pages of Proust before bed. It’s a matter for interpretation whether the “real” things you see (the news, reality television) also present themselves as fictions or art.

Criticism still deals primarily with single objects, and it separates aesthetic objects by their medium. Yet objects are not experienced singly today but in thousands, and often not sequentially but overlapping or simultaneously. ….

In the era of vast distribution but private screening and listening (and still-private reading), we critics will have to figure out what it means to reconstruct the feeling of the audience around us, to feel again the public pressure and exigency of so many invisible eyes upon so much visible stuff.

On one hand, fair enough: our aesthetic experiences are not as self-contained as criticism historically presents it. To that end, there's a strong tradition of subjectivist media, literary, and art scholarship that tries to theorize or historicize the actual experience of the reader or spectator. It's stronger in some areas than others (TV studies' idea of flow gets at this, for instance), but it's always useful to think of what traditional criticism leaves out and to look for new ways of understanding the subjective.

On the other hand, there is a problem with criticism that ventures too far down this path. One person may experience Law and Order, a rom-com, and Proust in the same day, but someone else's combination will be very different. To me the most persuasive subjectivist readings look for regularized combinations of text - book of the month clubs, broadcast networks' programming, or individual double feature bills. In other words, they construct what Nick Browne termed a supertext. But I read The Critical Pulse intro as claiming that something about the convergence age works against stable supertexts. To give criticism the task of understanding the totality of the text-within-experience is to raise the Borgesian map problem.

The fictional heuristics of both the text and the art work are useful because they abstracts away enough from experience so that a community of people can analyze it. On top of which, even in our post-literary, post-cinematic, convergence age, however we wish to categorize it, literary and artistic experiences have not remotely lost their formalized quality. Even after watching Law and Order I come to a Proust novel with an inherited orientation to how to read such a novel that has very much to do with a literary culture based on unified aesthetic experience as a working ideal.
Labels: film criticism hermeneutics methodology