Something in the Wind 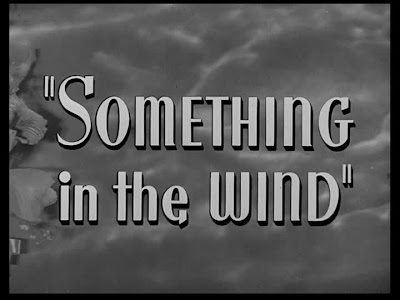 Something in the Wind (Universal, Irving Pichel) was a Deanna Durbin vehicle as Durbin's star image was starting to change. No longer strictly the girl-next-door teenager, she began to adopt a more sexualized, grown up image. However, Something in the Wind manages the contradictions of the changing image by bracketing it as the character's dissembling. Mary Collins is an ingenue whose identity gets mistaken as a kept woman for a diseased wealthy man. Her ire raised, she plays the part of seductress and gadfly for the wealthy Read family, shown here at a fashion show: 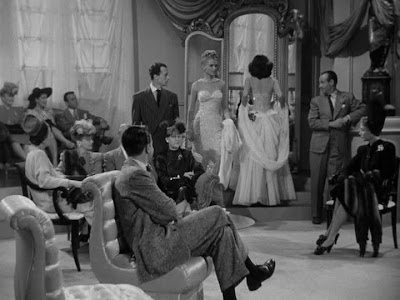 What emerges is a combination of social satire and screwball comedy. Like other light comedies, the narrative mocks mass culture, in this case radio. Mary is an on-air singer, and her profession sets up a few jokes at the expense of radio narratives. 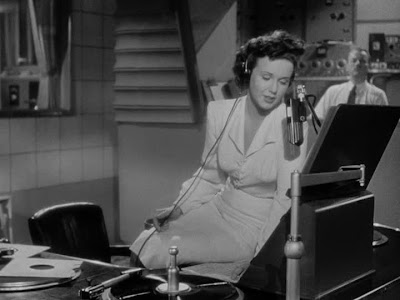 I still want to explore more the generic workings of the Universal output and the light comedies which span across studio.
Labels: 1947 project comedy public sphere