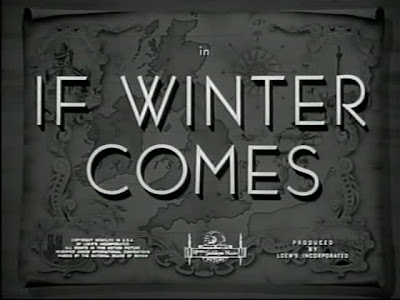 I don't often analyze these title shots that I include in these 1947 posts, but the opening of If Winter Comes (MGM, Victor Saville) says so much. Most literally, the map of the British Isles points to the film's English setting. The parchment-like quality of the map signals historical or literary genre material, but the sleek, sans-serif font suggests both modernity and stateliness. (Bernhard Gothic - the synthesis of European modern design and American organic warmth).
The blurred historicity is also the narrative's. It adapts a novel set during World War I and recasts it as a World War II film. Generically, it is hard to describe a film like this (historical drama? literary adaptation? home-front film?) other than to note that it has close similarities with other adaptations of left-leaning 20th century novels like So Well Remembered, The Green Years, and Valley of Decision. I see films like this as a key bridge between the older, culture-citing form of prestige film dominant in the 1930s and the newer culture-invoking form emerging in the postwar years.
Stylistically, the film interests me for similar in-between qualities. Here, we have the visual style so typical of the 1940s prestige-drama: the cluttered mise-en-scene suggesting the "realist" domestic space, the low ceilings, cookie-heavy set lighting, and a relatively damped illumination on main characters. 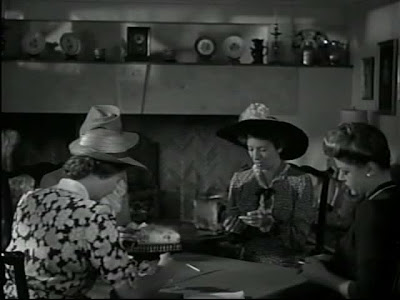 The glamour photography is certainly less shadowy, but even here there is a flattening diffusion and a move to the middle of the gray scale, as on Walter Pidgeon here. 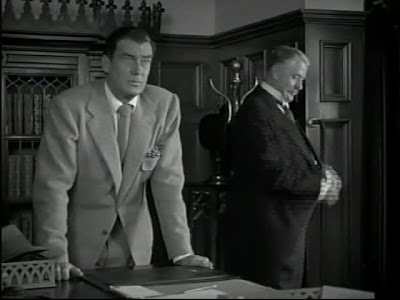 What I increasingly gravitate to - both on level of style and screenplay/narrative - is the paradoxical invocation of "realism" and the "emotional" as two sides of the literary and hence of the prestige film.
Labels: 1947 project adaptation prestige film