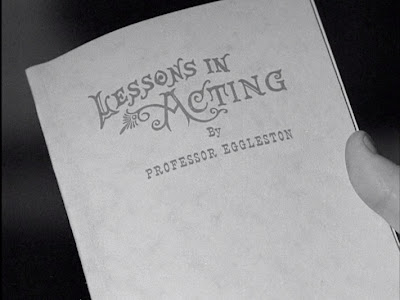 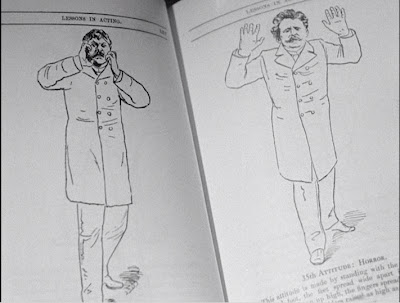 My work on the prestige film has read a broader reception of middlebrow taste (or more precisely, a shift in middlebrow taste) for Hollywood films mid-twentieth century. Increasingly, I've been noticing that Hollywood films themselves slyly comment on a highbrow/lowbrow or high/middle/low distinction. So much so that I feel the need to ask how, when, and why it does so.

No profound answers here, but I'll point for now to Presenting Lily Mars (MGM, Norman Taurog, 1943), wherein the eponymous Judy Garland character has a throughly middlebrow understanding of the theater. As Bourdieu writes of the middlebrow ("cultural goodwill"), "The whole relationship of the petite bourgeoisie to culture can in a sense be deduced from the considerable gap between knowledge and recognition" (Distinction 319). Lily Mars inhabits this gap: she recognizes the art of acting and the legitimate theater, yet has no knowledge beyond Professor Eggleston's histrionic guide. But what of the film? It presents Lily's/Eggleston's middlebrow as comic fodder, even if a sympathetic foible. In Lily's case, the cultural naivete is both feminized and marked by age, as in countless other classical Hollywood films that use the naivete of teenagers as humor. So the film has some critical distance to the middlebrow. And yet, Lily seems to stand in for the spectator, a spectator who is both aware of her/his own middlebrowness and unselfconsciously inhabiting a particular taste formation. Some scholars have discussed a camp sensibility in the MGM films, and this may in fact be part of what is going on, but I'm not sure it explains it all.
Labels: sociology of taste