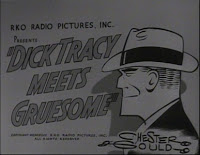 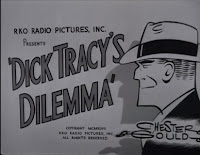 I had expected more B-movie cheapness from these serials, but found instead well-crafted genre pieces. For those familiar with RKO's 1940s B output (in general a strong showing of horror and noir), the Dick Tracy serials play off the familiar generic conventions and formal devices in unexpected ways. Not produced by Val Lewton, the films seem to be some fond compendium and commentary on Lewton's unit.

The playfulness is evident from the start. The opening of Dick Tracy Meets Gruesome, for instance, tracks and cranes from Expressionist style shadow to a noose, then down to the punchline, that it's a spectacular for a bar. 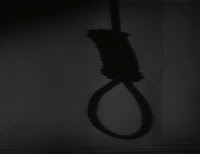 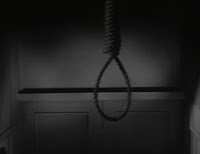 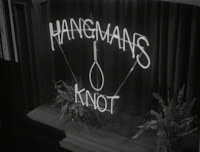 Meanwhile, there are some great lighting effects and camera work. Cameras track out when you normally would expect them to track in. Otherwise pedestrian scenes are shot to give volumetric space. Lighting is both expressionist and unexpected, as when two of the hunchmen find "the Claw" passed out in a car. 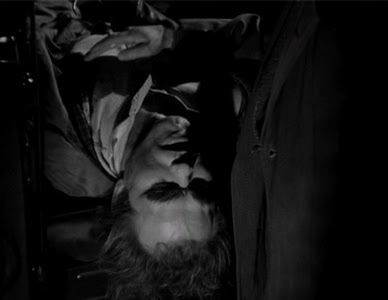