Having screened Wyler's Dead End in a class the other night, I was left wondering... why not one, but two (to my knowledge), movies in which Bogart plays a man who has gotten plastic surgery to make him unrecognizable. Dead End... 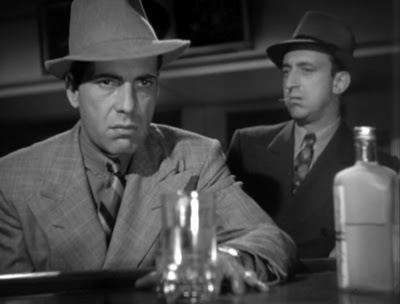 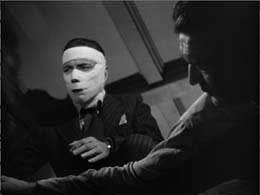 It seems to be (if the internet is to be believed) that Bogart had a Navy-time injury to his upper lip, which not only left his trademark tough, unemoting visage, but also led him to seek corrective plastic surgery.

In another turn of the screw, there's a 1980 film called The Man With Bogart's Face, about a cop who gets plastic surgery to make him look exactly like the movie star.