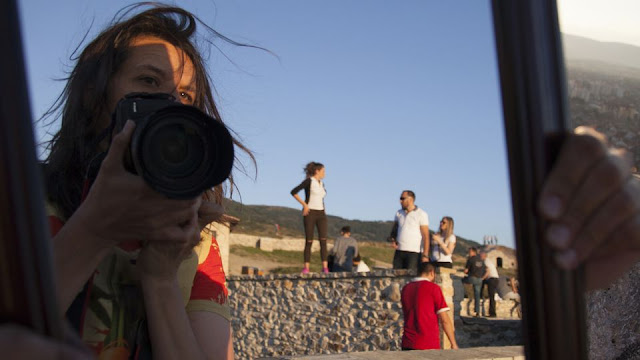 But another motif occurred to me watching the film. So many of the films that Kirsten Johnson worked on belong to a traditional of observational-style socially conscious documentary. I’ve seen few of them. That’s my own failing, to be clear, and one of the strengths of Cameraperson is that it excites me to begin tracking down some of Johnson’s films to watch in their entirety.

I suspect I’m not alone. I think it’s fair to say that this strain of socially conscious documentary has declined in prestige, or at least stalled as more popular forms (even with political cinema) have gained new audiences and as aestheticized documentary has gained more favor with critics. In fact, as a self-reflexive essay film, Cameraperson, has tapped into the critical attention (top-tier film festivals, glowing reviews, and a Criterion release) that has eluded many of the films Johnson has worked on (admittedly not as director).

This praise, in my opinion, is deserved, but the mismatch between the reading formation of Cameraperson and that of the documentaries it includes is noteworthy. On the one hand, I don’t think this mismatch will be fully reconciled. For instance, I don’t see the Criterion Collection championing independent-television character-driven documentaries any time soon. On the other hand, the film does an admirable job of making the case for the continued vitality of traditional observational and character-driven forms.
Labels: Contemporary Documentary project