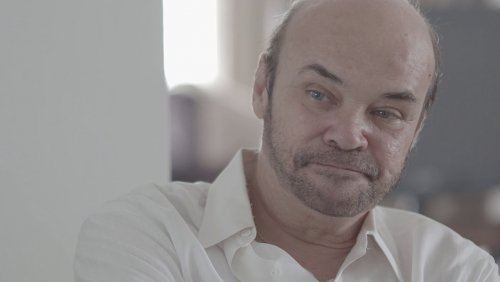 I've been following the Greek crisis as it unfolds, and since the US news outlets have been frankly doing a miserable job at covering other than in the business press, this means a few overseas websites and lots of Twitter. One thing that is striking is how the situation seems to illustrate ideology in Mannheim's sense - a scattershot of versions of reality based in social situatedness. And, broadly speaking, there is the oddness of witnessing this from overseas. On one hand the crisis has brought out international alignment of right and left sentiment along the battle lines of austerity and anti-austerity. On the other hand

I bring this up because I keep thinking back to the screening of the Forecaster that I attended at Transilvania Film Fest. The documentary is about financier Martin Armstrong, a fund manager who was convicted of running a Ponzi scheme in the 1990s. Armstrong in turn claims that it’s the financial system that is a Ponzi scheme and he is being persecuted for being a Cassandra and for his forecasting models. He presents the claim on the basis of both a “common sense” stance and a secret computer model based on cycles of the number Pi.

I am reminded of the Marxist economist Kondrateieff and his cycles (Amstrong seems influenced by him) but mostly, from my American vantage, this all seems like trumped up Ron Paul-ism, and in fact Paul has a new informercial peddling this very type of economic apocalypse. (I'm not the only one cynical about the film.) But the largely Romanian and presumably left-leaning audience I saw the film responded very well to its message. And I have to guess that it's inclusion in film festivals, including IDFA, speaks to the way its polemic speaks to the European left's suspicions about global capital and the US government. It's not that those suspicions are absent in the U.S. but they're tempered by the libertarian hard right's mobilization of anti-monestarism.

So, there is often a tendency for transnational ideological sympathy: those on the left in one country identify with depictions of political struggle in another. But sometimes, the nationally specific context changes this identification.

But I think there's something about the film itself and its documentary genre that's at play. Formally, The Forecaster is not a straightforward issue documentary and in fact would not be getting much play if it were. Rather something about the narration introduces both suspense and surprise. In their book on the puzzle film, Warren Buckland refer to “mind fuck” movies and Thomas Elsaesser refers to the genre as “mind game” movies. The analogy to the puzzle film is not perfect, but this film does rely on revelations of surprise information that is meant to retroactively provide the answer key for the enigmas of the film.

By now we have witnessed a cycle of lefty conspiracy documentaries that have some variant on this technique. Art of the Steal comes to mind. I can see the appeal to filmmakers, since the genre provides an entertainment hook to otherwise dry material and a moral political clarity to what otherwise might be confusing or arcane economics. But the genre also imposes its own politics and own problems. I'm reminded of 1970s film theory's take on the matter - say, John Hill's reading of the conspiracy film. If anything, the conspiracy documentary is an even better example.