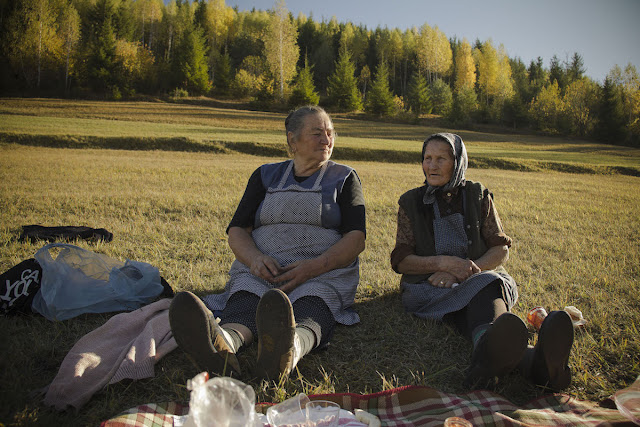 There is something that strikes me as typical of Stream of Love – typical of a distinctly European approach to television documentary that’s pitched somewhere between observational and character-driven forms. From its editing to its composition and approach to transitions, it exemplifies the well-made doc in many ways. In my research, I’d like to tease out how I see these are ultimately different narrational approaches that happen to overlap in a continuum of popular practices in documentary today.

Setting aside the issues of categorization, though, I find Stream of Love instructive for what it says about documentary character. The documentary follows a number of Hungarian-speaking peasants living in Transylvania, Romania as they discuss romance and sexuality. Again, we have a film at partial battle with its (justifiably catchy) logline:


Love and desire fill the minds of villagers in a Hungarian speaking village in Transylvania, Romania, even in their old age. Time has stood still here, and although most of the village’s inhabitants are elderly, they are refreshingly young at heart.

Feri, for example, is an incurable romantic. Way past his 80th year, he’s still making moves on the village’s 25 widows – although he claims that only two or three of them are really worth the effort. And the women speak plainly when sharing their most intimate thoughts and dreams to the camera.

Stream of Love is funny, surprising and heartwarming, revealing how these tragicomic tales prove the ancient game of love and romance is still being played in this remote village, with its aura of bygone days.

There are elements of this, but two layers of pathos challenge the feel-good ethos. First, the characters are responding to the twin changes of feminism and the sexual revolution, which if not exactly fully foregrounded in village life nonetheless have raised the consciousness of women that patriarchal culture never maximized their sexual needs – and led the men to feel a sense of historical loss of traditional sexual norms. Second, the women in particular feel that just as they come into sexual consciousness, the opportunities for expressing it have been denied by their age.

So, like many documentaries, the characters come to stand in for something broader, more historical. And like character-driven docs, Stream of Love accomplishes this standing-in quality by treating character testimony as expository “expertise.”

Yet questions remain. What exactly is the social dynamic in the village? One of the men, Feri, says at the beginning that widows outnumber the widowers by a considerable number, which sets up an expectation that the documentary will be about the village’s dating culture (and maybe a metaphor for aging villages themselves). But any sense of this is oblique. 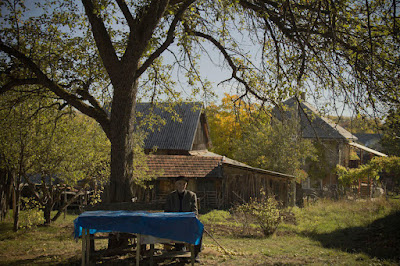 Ultimately, the film finds such dynamic, engaging characters (and gets them to open up about sexuality, which might not have been easy to do), but it offers little sense of biography. The viewer learns little of their lives other than their discussions of their romantic and sexual pasts (and present-day shots of their doing typically peasant work of farming and cooking). Of course a documentary cannot depict the entirety of a characters life and sometimes there are practical and ethical reasons of respect not to tell too much about a social actor. In any case “biography” in a film is a construct, the inclusion of non-instrumental details, along the lines that Barthes discusses as the Reality Effect in literature. But as a spectator, I can’t help but think there’s a symbiotic relationship between (expository) biography and (charismatic) personality. The character-driven funding infrastructure privileges personality as a selling point for a documentary, but biography is what allows the documentary and its thesis to breathe.
Labels: Contemporary Documentary project