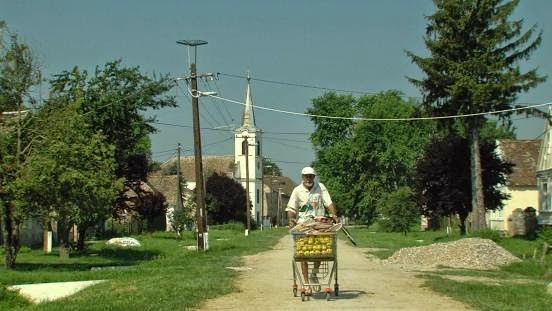 I actually prefer the original title of this film, Besence Open, which captures the ironic juxtaposition of the conceit: a largely Roma and largely unemployed village in Southwest Hungary receives a grant to built a tennis court. A town with no tennis experience and a largely dispirited existence then must learn what is largely a rich person's sport. It's the kind of hook for either festival or television audiences, with its overlay of a Bad News Bears kind of sports drama on top of an issue documentary about social marginalization, economic development, and life in Hungary under the EU. 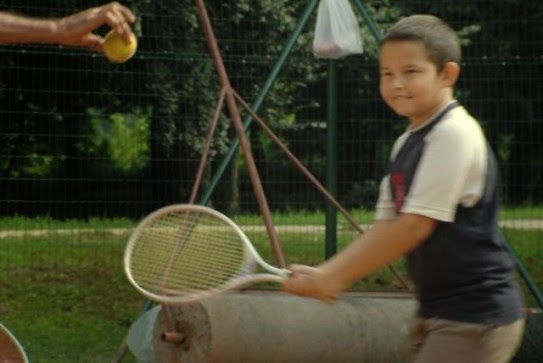 And I don't mean this in a disparaging way; even if European documentaries are on balance more tonally somber and contemplative than their US counterparts, there's still a lot of interesting work being done to embrace showmanship and experiment with the possibilities of the "new documentary." Formally, Men With Balls balances a playful tone (folk-ish scoring and plucked violin refrains) and well-composed shots of the village with more observational footage that gives a composite portrait of the social actors. Ultimately, the mayor emerges as the central character in the character-driven format.

I don't think it's spoiling too much to say that Men With Balls lacks a redemptive or even cathartic arc. Rather than intertwining the sports and issue subplots, the film actually thematizes how difficult it is do this kind of culture-driven economic development.

Something about it reminded me of The Overnighters. On the one hand that latter film has a richer and more extensive observational approach - and overall feels like a bleaker film. On the other hand, both films find a narrational solution to match the worldview of their main character, Biblical morality play in Overnighters, realist optimism in Men With Balls.
Labels: Contemporary Documentary project