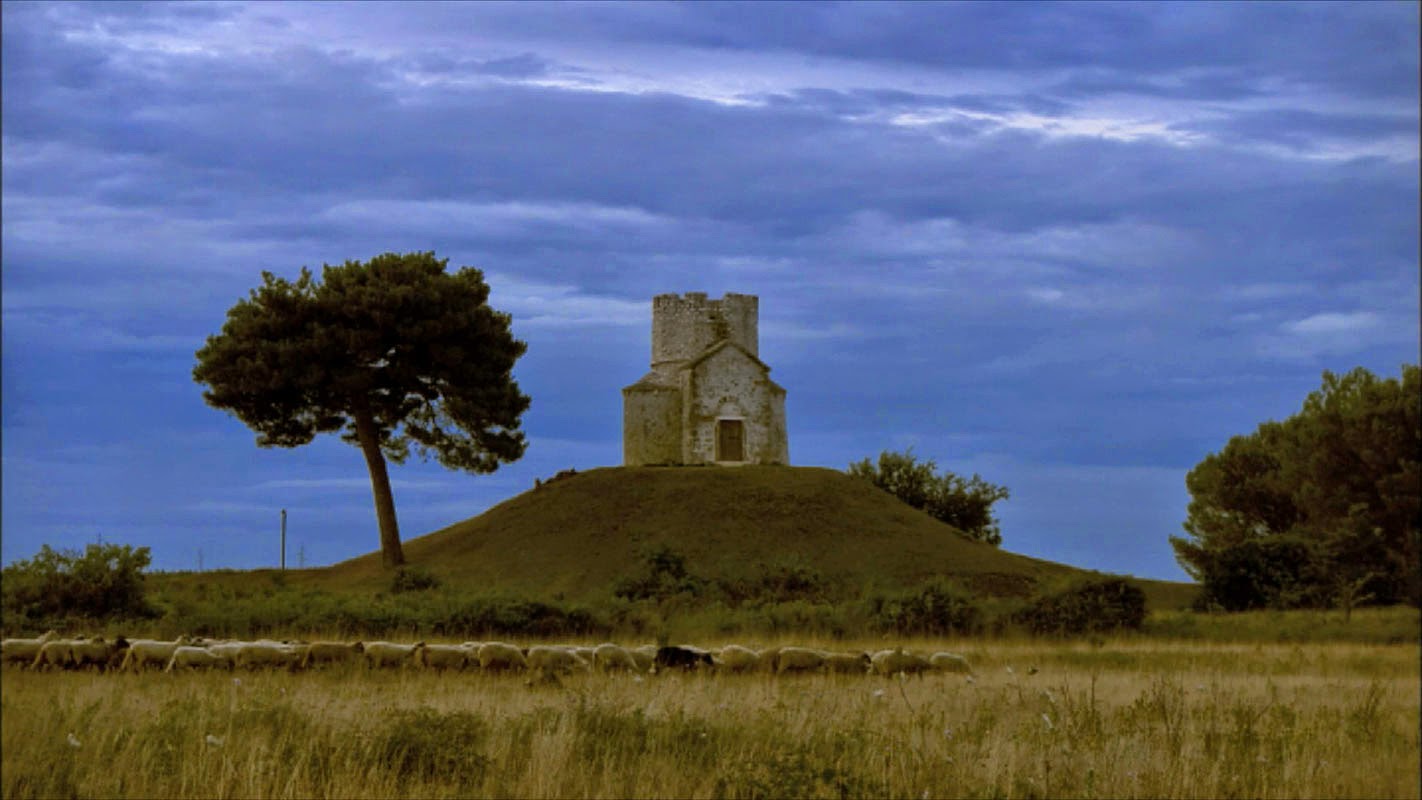 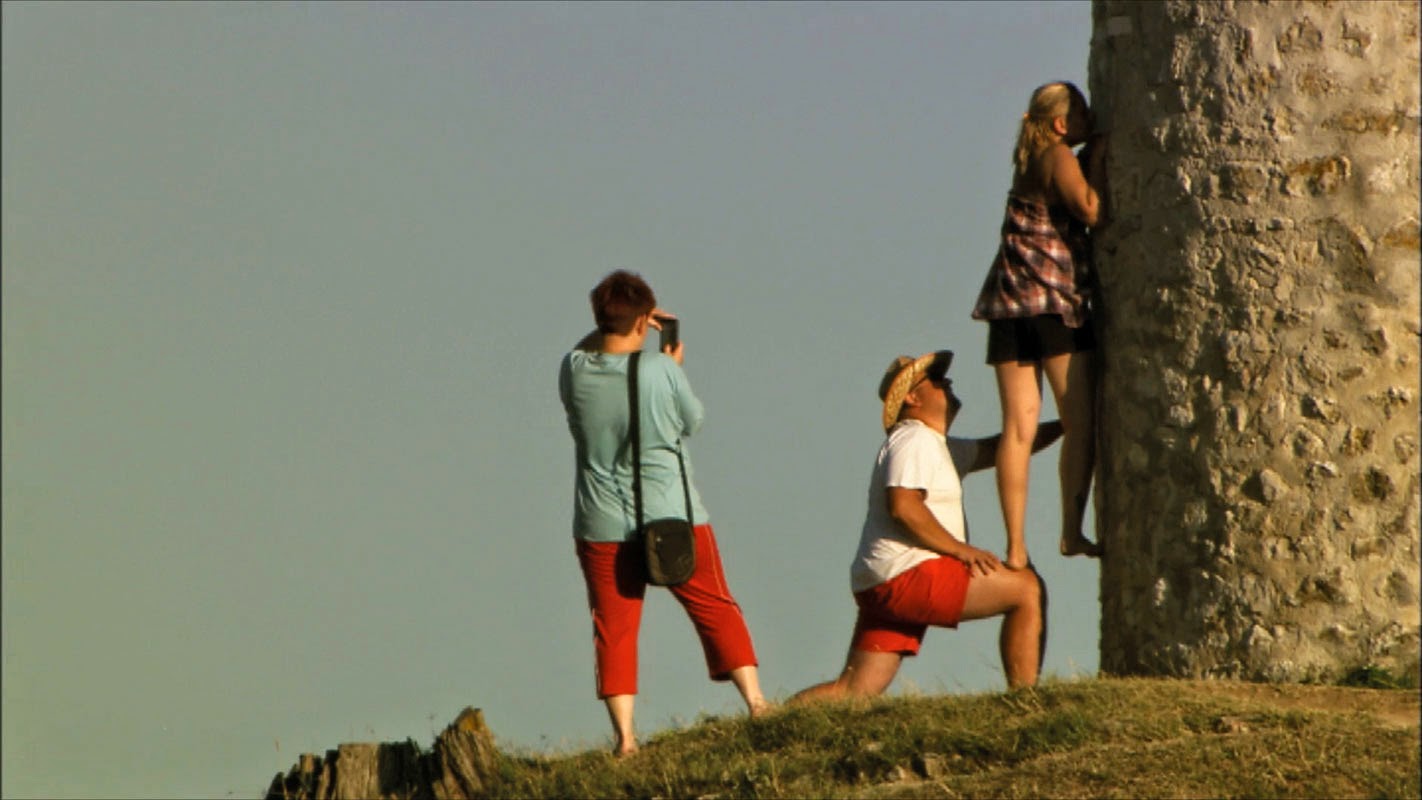 Autofocus is an observational documentary but with more of a candid-camera approach. Rather than having close interaction between camera and social actor, director Poljak places fixed cameras on a landmark church (St. Nicholas at Nin) and records the tourists who come to visit the sight. The tight framing and distanciation are somewhat reminiscent of Scott Stark's Posers, but rather than comment ironically on its subjects, Autofocus gives a humanizing portrait of the various anonymous visitors. 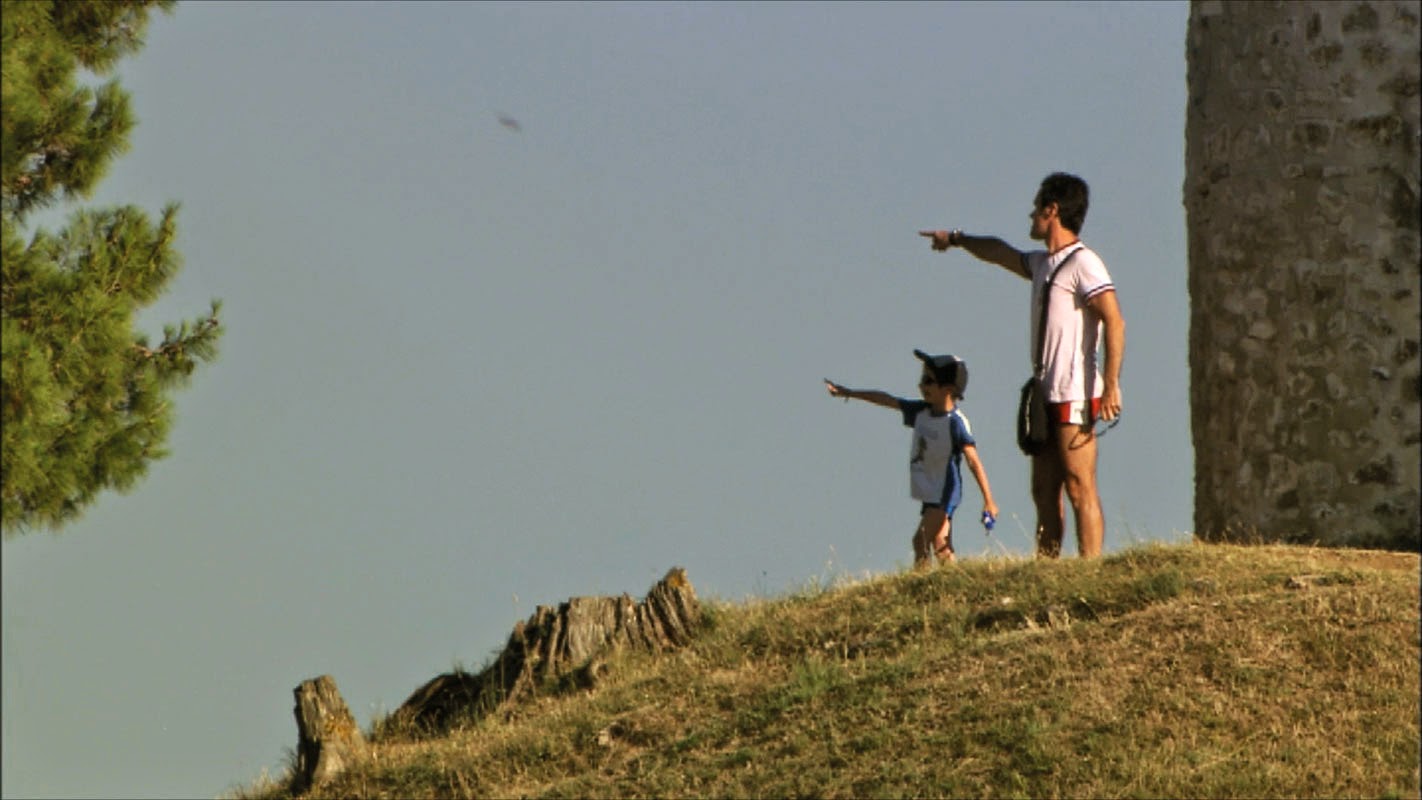 One of my ongoing polemics is that documentary critics and especially scholars misread what observational cinema does because they filter the genre through the realism debates of post-1970s film theory. This polemic will take more work to flesh out, but for now I'll point out one way contemporary observational cinema can play with narration. There's a kind of question-answer game, wherein the film will introduce an ambiguous shot that is explained by the following shot. In this case, tourists, a father and son, do strange poses that initially do not make much sense. Only in the next shot does the film reveal the mother down the hill, taking photographs. With the telephoto, we are lacking the proper angle for framing but can retroactively read the poses against the church backdrop.

This is not an earth-shattering strategy, but it is one shared with more poetic docs (Abendland comes to mind) and suggests how observational doc is not reducible to naive realism.
Labels: Contemporary Documentary project